Staying connected today is almost a necessity, and in order to get work done and stay efficient… that often means a laptop with a mobile connection. The telecom companies are all too happy to provide a means of staying online while out and about, but that luxury does come with a price. 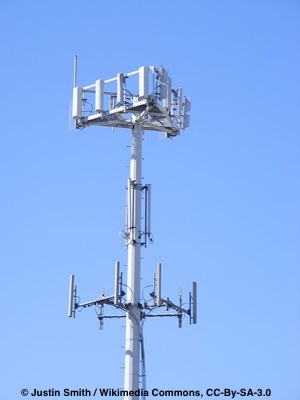 And, at first, the price seems to be a fair one for the data capability offered. Unfortunately, when you factor in the data needs of a typical user, even the 5 gig monthly allotment will probably not be sufficient a year from now. And yet they want you to take out a two year agreement. So, you can probably say that your Netflix and Hulu subscriptions will remain unused through your mobile broadband connection, with the exception of a very restrained treat. And as far as the 200 mb plans that are being offered, I have one thing to say about those – don’t. Not even for a month, let alone for 2 years.

But even if you do forgo the majority of the videos that the web has to offer, you may still get hit with a much bigger bill than you think. And the telecom companies are only too happy to see your bill increase. In fact, if you look at the way it’s structured, it seems that the cards are being dealt in favor of the house. Let’s look at some of the factors that can make mobile broadband a potential money risk.

With the advent of today’s electronic messaging systems, it would seem to be a cinch to be informed of warnings that your data allowance is almost up. And you would also think that the entity holding the information, a telecom company after all, would have plenty of ways to inform you.

But sadly that is not the case. Take Verizon and the wonderful Mifi device. When you get close to your bandwidth allowance for that device, they send a text message to the unit. But there is no way for the user to know that the device has received a text message unless you get out the cable, hook it to a laptop, fire up the Verizon software, and check for messages. All of this on a device that is designed to work wirelessly with its clients. And there is no email option for simple domestic data warnings, at least that I could find.

The end result – if you are using a Mifi on Verizon as intended (through a wifi connection), then you have no data usage warnings. Overage data charges (and a happy telecom) is right around the corner unless you enjoy logging in to the website to check usage.

Verizon gives its users in the continental United States free data roaming, which I must say is wonderful, kudos to them. However, if you live on any of the border states, then it is rather easy for the device to select a tower signal that is actually situated in another country (think US and Canada). Once the device happily selects the foreign tower, the user has no ideal that they are out of network. Until, that is, the fateful day that the bill comes in. And then it is very apparent.

But with that stated, is it any wonder that there are a lot of cell towers on the border? It is almost like they are doing a little electronic fishing. But the thing that disturbs me is this – a lot of the towers are owned by the exact same telecom companies that you do business with normally. That is, if you are a Verizon customer and accidentally hit a Canadian Verizon tower, then you are paying the higher rates. It’s in the agreement.

Even if you do stay within your borders, once you hit the bandwidth cap, you start paying a premium for your data. Now, ask yourself – is there anything special about this new data? Does it cost anything extra for the telecom company to provide you with these special data nuggets? No, it is mechanically business as usual for everything but the bottom line.

But if you were to look at the price, you would think that these were special data nuggets that were brushed, trained, and gold plated. The price per megabyte for regular data, assuming a $50 / 5gig contract, is around 1 cent (it varies). When overages occur, the price jumps to 5 cents per megabyte. That is a 500% increase in price. We’re not saying that the price goes up when you go over your allotment – we’re saying that it goes through the roof!

If telecoms were intending to be fair, then why don’t they just sell you the additional bandwidth at the same cost? After all, they obviously make money at the rate up to the 5 gig, so why not continue the price rate for additional bandwidth? Because they want to gamble that you will buy 5gigs of data and not use it all. The accountants win the round.

If the telecoms were wanting to be fair, then institute some form of tiered overages. This would address the telecom claim – that heavy users hurt the network for all – without hitting the good customer so hard. For example, let the first gig of overage go for $.02 per mb, the second gig for $.03 per mb, and so on. This should stop the massive users without giving customers an automatic 500% increase for crossing a mythical line in the data sand.

Let’s jump back to that Mifi device. By design, it is wonderful product. The pocketable wireless router can provide an online wifi connection to 5 different products. I have used it with Windows laptops, MacBooks, cell phones, and even an iPad to great success. But it would not be hard to imagine that those five users will burn through the 5 gig around 5 times as fast as a regular user. And the convenience of the product just adds to its increased usability. But the product is sold with the same data cap as a regular cell phone – 5 gig. I bet telecoms just love these devices.

Now, let’s turn our attention to the biggest transgression of all – the global traveler. For this reason, you should check and triple check the fine line when using data abroad. The reason – the typical charge is $.05 per kilobyte. Yes, that is “kilobyte”, or roughly $20 per Mb.

To put that into perspective, let’s say you go to a highly interactive web site that requires 3 Mb in data. Sure, it looks really slick, but you just ran up a $60 bill on that page. You want to watch a video while abroad on that connection? $200.00, cha-ching! A skype video session? Expect for that to cost you around $80 – $120, depending on the time used.

As the world increasingly becomes a global community, it is easy to see how the international data roaming rates are woefully backwards. The good news is that some telecom companies like Verizon will actually send you an email that your global data has exceeded a limit (unlike the domestic service). Unfortunately, the warnings start at $100 increments.

When it comes to staying connected, nothing beats a great portable broadband connection. However, it is very important that you stay abreast of your current usage patterns and conditions. Otherwise you may have a serious case of sticker shock when the next bill rolls in. Don’t say I didn’t warn you…