So we’re going for another Samsung review today, this one though is of one of their newest hard drives called the F4. I’ve put it up against many other drives from other manufactures and even against the Samsung F1 and an SSD as well. The F4 is fast, it’s faster than all of the other drives except for the SSD, but in some of the tests it comes close. Read on to check out a very lightweight and fast hard drive…

So it’s a hard drive, not much to look at in terms of box shots etc. They sent me the OEM version, so just a plastic casing basically. 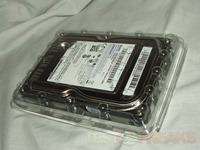 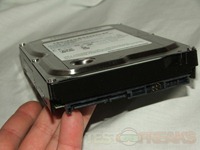 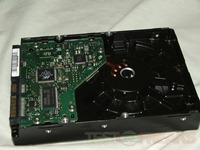 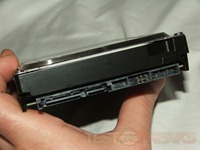 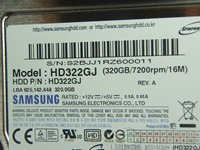 The first things I noticed about this drive is the weight, it’s very light, I’ve got a bunch of other drives and it feels like it weighs about half.

The Samsung Spinpoint F4 is an internal hard drive that supports a one-head platform design and a minimum amount of mechanical parts. This optimizes reliability and acoustic features of the Spinpoint F4 and delivers 10 % increased read/write performance and 7 % lower power consumption. The Samsung Spinpoint F4 is built with eco-friendly materials and meets all the environmental regulations including RoHS (Restriction of Hazardous Substances). It features 7200rpm speed rotation, areal density technology and a SATA 3.0 Gbps interface; is equipped with Samsung’s balancing technology, which optimizes the drive’s overall stability and reliability and features SilentSeek and NoiseGuard technologies for quiet operation.

For comparison I grabbed a bunch of hard drives and an SSD as well.

So we’ll start off with ATTO Disk Benchmark, I put them in order of fastest to slowest: 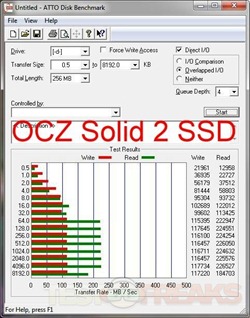 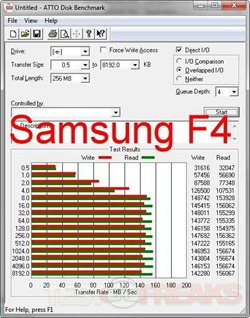 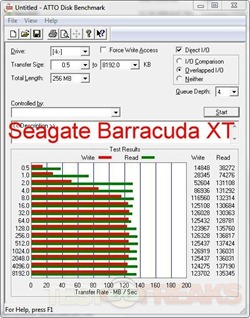 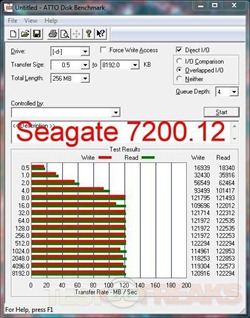 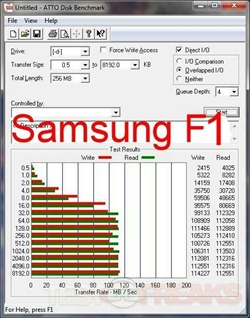 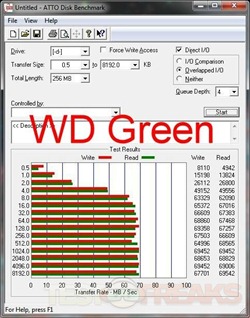 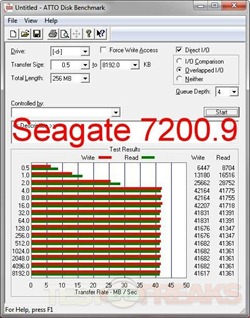 Obviously the OCZ SSD is the fastest with the F4 coming in seconds, actually besting the Barracuda XT on the SATA6 port.

Then we have HDTune, same ordering again… 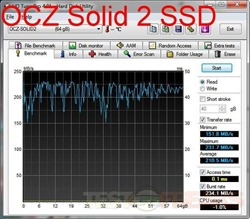 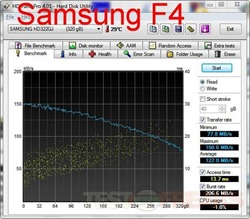 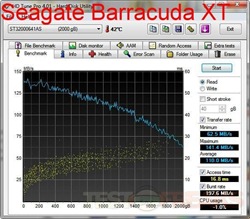 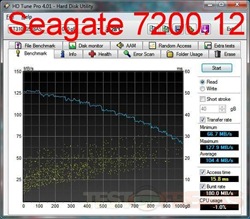 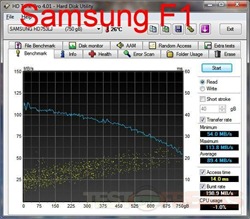 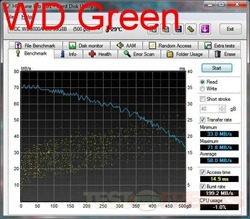 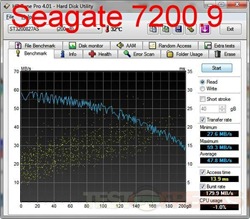 Benchmark mounted file systems (i.e. volumes). Shows how your file systems connected to storage adapters and storage hosts compare to other devices in a typical computer. 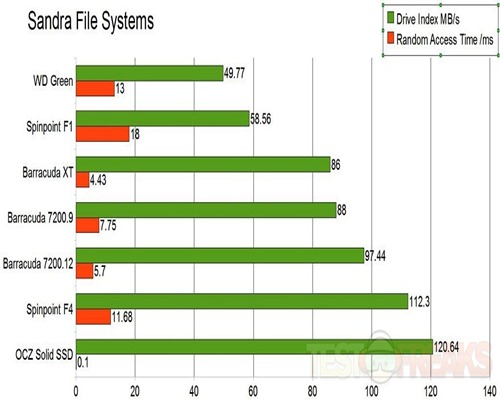 In this test you can se that the F4 is actually close to the SSD in terms of performance.. I’m truly surprised by this one.

Next is Physical Disks:

Benchmark hard disks (i.e. the disk itself, not the file system). Shows how your physical disks connected to the storage adapters or hosts compare to other disks in a typical computer. 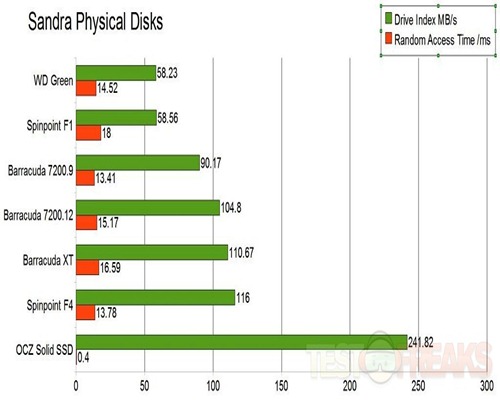 The ordering changed a bit for the other drives, but the first and second are still the SSD and the Samsung F4.

The noise level is very low, I couldn’t hear it at all except for the Physical Disks test, in the beginning when the drive spun up I heard it just that one time.  I didn’t hear it any other time though.

The Samsung F4 is a great drive, it’s fast and it’s lightweight and it’s quiet.

If you’re looking for a new hard drive then be sure to put this one on your list, sure it’s only 320gb, but it could be used as a boot drive.

← The Mobile Broadband Money Trap
The LG Cookie is a Delicious Looking Phone! →