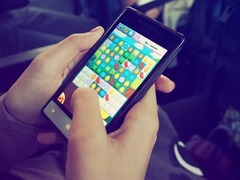 The mobile telecom industry has seen a sharp rise in recent years around the world. The development of infrastructure and transport connectivity which has indirectly resulted in the rise in the standard of living are a few reasons for this significant growth. This trend is further facing an upward thrust in at least a few years from now. With the growth in the demand, a large number of multinational companies have entered the telecom market. A significant aspect that has led to the growth of the mobile industry is gaming. Surprising as it may sound, but quite a large percentage of users buy mobile phones to play different games.

Mobile gaming has increased a lot since 2015

Even before two years in 2015, mobile gaming was not so prominent in the global market. At the time, the PC was still the dominant platform to play different games. However, the advent of advanced smartphones created a revolution in the gaming space and the growth started to surge. The double-digit growth in the mobile segment also meant that it will surpass the dominance of personal computers. Similar is the case when it comes to gambling. Mobile casinos have now gained quite popular as it is much easier to play the games on the mobile device compared to the traditional computers.

Coming to the forecast of the 2018 gaming industry across the globe, it is an upward trend. According to the Global Games Market Forecast, mobile games will account for around 51 per cent of the global gaming revenue for the present fiscal year. This segment will also include smartphones and tablets. This is a huge increase from 34 per cent in 2015 and a meagre 18 per cent in 2012. The industry is showing no signs of stopping and is expected to reach 59 per cent by the year 2021. The share of PC and console games will be significantly lower.

When it comes to the global share, Asia accounts for the most percentage. It is around 52 per cent of global games. China spends more than 28 per cent of the global games spending, which has come up from 24 per cent in the year 2015. Mobile gaming has a share of around 61 per cent of the total Chinese gaming revenue. This is expected to grow to 70 per cent by 2021. The mobile market in India is quite promising and has a growth rate of around 45. One of the main reasons for this is mobile gaming.

When it comes to Japan, spending on mobile gaming is more or less similar to the United States.  On average, Japanese players spend around 50 per cent more than their counterparts in North America. And compared to European nations, it is around 150 per cent more.  One of the main reasons for the growth of mobile gaming is the saturation of PC games. Most of the previous games are yet to be replaced by new games and so the demand is getting saturated.

To cater to the ongoing demand, gaming companies have started to make mobile versions of their PC games. While console and PC games will not be fully taken over by mobile gaming, but there will be a significant increase in demand related to mobile gaming. With more than two billion people with smartphones, the growth of mobile gaming will be an ongoing trend difficult to put down.