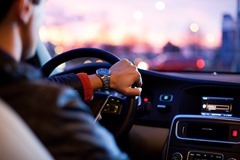 One of the major causes of road accidents today is driving under the influence of alcohol. A research done by the US National Highway Traffic Safety Administration (NHTSA) in 2017 found that there was a drunk driving fatality that happened every 48 minutes. The death toll recorded from drunk driving in 2017 was 10,874.

Most of the states consider anyone with a Blood Alcohol Concentration (BAC) of 0.08g/dL as an alcohol-impaired driver.

The Age Bracket With The Highest Drunk-Driving Cases

Statistics show that the highest number of drunk driving cases that have been recorded are from drivers between the age of 21 and 34 years. These young drivers show the least interest and are ignorant of the concerns raised against drinking and driving.

In a bid to cub these drivers from committing alcohol-impaired driving offenses, the District of Columbia along with other 42 states have set up laws that hold commercial alcohol sellers liable for any damage, injury, or fatality caused by a driver under the influence of alcohol. This law intends to have liquor servers regulate the amount of alcohol they sell to each customer.

A research done by the NHTSA in 2017 found that 4,885 motorcycle riders died out of traffic crashes. 1,357 of these riders were drunk with a BAC count of 0.08g/dL and above. This was the highest record of drunk driving accidents recorded in the US in 2017.

Surprisingly, these accidents were mostly caused by people within the age bracket of 40 and 49 years.

The Legal Implication Of Drunk Driving

Research shows that alcohol-impaired driving not only affects the driver but other people as well. Statistics show that 19% of children under the age of 14 have died as a result of drunk driving. Out of these deaths, 54% of them were caused by the drunk driver driving the child.

Driving under the influence of alcohol is treated as a crime. Charges pressed against this crime include revocation of a driver’s license, a charge for felony, heavy fines of up to $10,000, and serving a jail term.

Some states now require persons accused of drunk driving to have ignition interlock devices installed in their vehicles. These are breath test devices which are linked to the vehicle’s ignition system.

The driver is expected to blow into the device and if the driver’s BAC count exceeds the set limit, the vehicle won’t start. This is an effective measure to curb alcohol-impaired driving.

A study done by Temple University in California cities that allowed ridesharing services to be widespread discovered an interesting fact. The studies show car accidents decreasing from ride share apps.

Drunk people who got a ride home by picking up a taxi or a cab ended up reducing drunk driving crashes. This then goes to show that if there are more rideshare services available at liquor selling points such as bars, most drunk people would opt to use them as opposed to driving themselves and endangering their lives.

← The Most Popular Online Bingo Variants
How Much Do You Really Know About Sports Betting? →