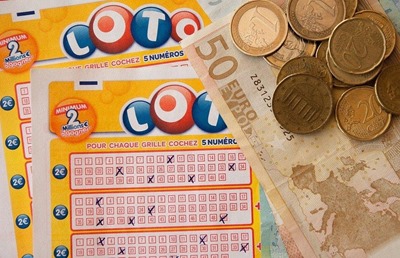 Andrew Jack Whittaker was a wealthy man when he hit the largest jackpot in his life in the form of the Powerball ticket on 25th December 2002. He chose to take the lumpsum payment of 90-some million dollars, with which he set up charitable foundations, donated money for building churches in West Virginia, gave some money to the woman from whom he bought the ticket, bought a new car and was still left with a pile of cash. However, his win was highly publicized, due to which people deluged him by asking for money. Moreover, he has the bad habit of leaving money in his car, and as a result, he was robbed for more than half a million dollars when he was at a strip club. His company was charged with several frivolous lawsuits worth millions of dollars by people who wanted to extract money from him. He also faced problems in his family. In the end, Whittaker lost not only his money but also the people whom he loved.

The “five million dollar man” Curtis Sharp Jr. was working as a dishwasher when he hit the jackpot. However, he started living an extravagant lifestyle in terms of parties, women, flashy cars, new houses. However, his expenses exceeded his yearly income. He divorced his first wife, got married to his lover, but again had a divorce. He lost all his money in parties, drinking, and finally had to borrow money from his first wife. However, he did repent at last, and after a drunk-driving case, he stopped drinking and partying, and lived a normal lifestyle.

William Post III once had only 3 dollars in his bank account, but he sold off one of his belongings, got 40 dollars, and spent the entire amount on lottery tickets. Although it seems foolish, his gamble earned him 16.2 million dollars. However, he spent his money profligately, and in the next year, he was in debt by half a million dollars. His girlfriend sued him of fraudulence for not sharing half the amount with her, and as a result, his lottery payouts got frozen. He was left with about 2.6 million dollars, which he also spent in a few days. He was arrested for firing at a man who was seemingly pestering him for money, and his brother hired a hitman to get him and his wife killed and inherit all his money. At last, he died penniless and alone, after living off on welfare payments.

Abraham Shakespeare dropped out of high school and was a convict who could not read when he asked his co-worker to buy lottery tickets by giving him the money. He won the jackpot of 40 million dollars, but his co-worker took him to court by accusing him of stealing the ticket from him. Shakespeare won this case, but many people started pestering him for money. He then met Dee Dee Moore, who wished to write his story. But Miss Moore has other thoughts, made him buy her expensive cars, and even took his house. Later on, he killed Shakespeare and buried him under the concrete slabs of her boyfriend’s house.

Billy Bob Harrell Jr. was facing hard times at the time he won 31 million dollars from Texas jackpot. He spent the money generously by helping his family, churches, and also needy parishioners. However, people started pestering him for money, and Billy also made some bad investments. He could not take the burden and killed himself within two years of his lottery win.

These are some of the cases where people have lost all their lottery money and met a hard end. If you do not want to face the same scenario, be intelligent in your approach in choosing the right lottery site for you. There are many lottery sites like prediksi togel and make the right decision after going through their details.

← What Must You Know About Poker Hand Ranking?
Revolutionary Online Roulette Slot from Virgin Casino →