You can win poker hands in two ways; having your best hand and by forcing the opponents in folding their cards. You should know the poker hands’ ranking. In the poker online game of Texas Hold’em, as a player, you can make use of your best hand using the five community cards and two hole cards. Poker hand should have five cards. It does not matter the number of hold cards you have. At times, you can use both, sometimes, you use none and sometimes, you use just one. 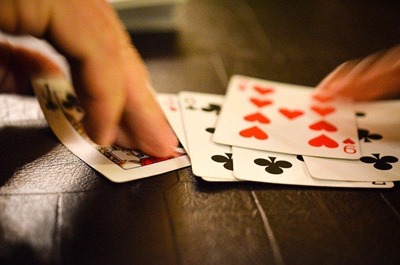 The suits in online poker have equal value. It does not make any difference whether a player has the ace of diamonds or the ace of clubs. When the remaining players have the same hand in different suits then the pot is a split.

The value of a poker hand is decided by how common or rare you have to deal with them. The common hands are valued lesser compared to the rarer hands. The poker hands are as follows

Five cards are in numerical order and all are of identical suits. If there is a tie, then the highest rank that remains at the top of a sequence wins. The straight flush is called a royal flush that comprises of the king, queen, ace, ten, and jack. The royal flush is the unbeatable hand.

There are three cards having the same rank and there are two unrelated side cards. When there is a tie, the highest-ranking three wins. In a Community card game, if the players have three of the same kind, then the greatest side card and when needed, the second-highest card wins.

In the poker hand, which has 5 various cards do not form a kind of match, then the highest card is a high card. This card is helpful against a hand that has 5 unmatched cards when a showdown takes place.

← How Tech Is Changing Gambling Habits Of Each Generation
The Lottery Curse: 5 People Who Won Big and Lost It All →