Over the years, the Roulette wheel has supplied hours of entertainment for all its adoring fans, and with this, we’ve seen some shocking wagers and a lot of questionable decisions, both at brick-and-mortar locations and safe casino online games or competitions. But that’s just what keeps so many players coming back for more – eager to get another piece of the action, and see how it all plays out.

Read on to find out more about the craziest Roulette bets that the casino tables have seen! 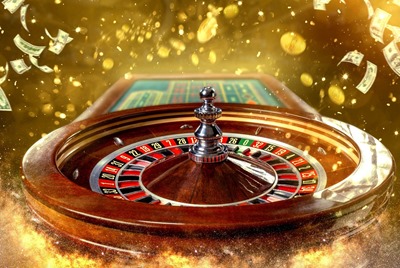 You may recognize this name, as Ashley Revell is at the helm of one of the greatest Roulette stories of all times! Originally from England, in 2004 Revell actually sold all of his possessions in order to pull together this giant Roulette bet. Amongst many other items, it’s reported that he not only sold his house, but his car, clothes and anything else that he could lay his hands on! After all this, Revell was left with a mighty £76,000 ($135,300).

Now, you might be thinking, “this guy must be crazy”, but there seemed to be some kind of a method to the madness. His story was documented by many television outlets, as he searched for a casino that would accept such a large wager. Finally, Revell settled on Las Vegas’ Plaza Hotel and Casino, despite their American Roulette wheel, which carries a 5.26% house edge.

Revell placed his lump sum on red and waited in anticipation as he watched the wheel spin. And, luckily enough, all his wishes came true, as the ball halted on the red number seven pocket! Revell’s money was doubled to an eye-watering $270,600!

Jake Cody is a long-time Poker pro who has accomplished a lot during his career, with a Triple Crown under his belt, as well as a lot of other titles. In 2018, Cody finished in first place at the UK Poker Championships, walking away with $60,000, which would surely make anyone happy enough to return home.

But Cody is not like other people! So, he took that $60k and put the entire amount onto a single Roulette bet – everything on black! The ball landed in his favour, and Cody ended up almost doubling his money to $119,882. His story took off, with many fellow players documenting the event on social media, transforming him into a media sensation the very next day!

Sean Connery is a world-famous actor who is best known for being the first to star as James Bond, playing the role across seven Bond films. What you might not know however, is that Connery also has a soft spot for the casino classics, having got the chance to play whilst filming.

In 1963, Connery placed his bet on the number 17, only gaining a payout on his third wager. But this wasn’t the end of his gameplay, the star of the big screen wagered his winnings on another 17 bet, winning that one as well! Feeling rather confident in himself, Connery bet again, keeping his money on that lucky 17. And, what do you know, he won again! He left the table with a rather handsome $27,000 profit, having achieved something that was extremely unlikely.

← How to Take Your Sports Betting to the Next Level?
Will You Make it to Heaven or Be Sent to Hell with these Slots? →