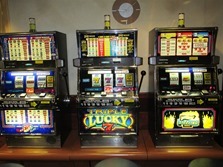 It’s no news anymore how well the gambling world has expanded over the virtual space, becoming a leading source of fun for the ones who love to spend their free time in this way. One of the reasons for this far-reaching popularity are the slot machines. These games represent the more straightforward kind of activity for the active bettors. And beside gameplay and features, one of the most versatile element regarding them is the theme.

The first one-arm-bandit titles were quite simple, making use of basic symbols and colors in order to make the combinations as self-explanatory as possible, and avoid confusion. For example, the fruity-theme has some famous examples, such as the renowned Sizzling Hot, which is just that: not complicated, vivid and expressive visuals in a game having mechanics and features which have kept players hooked since its inception.

From that, the evolution took to a bit of sprucing up. Thus, producers started to seek inspirations from various topics and fields, in the search of settings that could make new games catch the eyes of as many gamblers as possible. And so, we see slots inspired by various cultures, mythologies and whatnot (take, for example, the ubiquitous Book of Ra or Eye of Horus – two examples that delve into the mystical Egyptian lore while you play among the sands, ruins, temples and pyramids to uncover age-lost treasures or the aquatic Lord of the Ocean – drawing insight from the rich Roman/Greek mythological lore and many more).

And as the times progressed, the need arose for niches actually related to other entertainment branches to be tied with slots. Thus some surprising, perhaps, combinations were born and modern titles became based on anything from popular franchises to other gaming genres having smaller or larger casino-related mini-games inside of them. Like, not many would have thought you could play a slot machine themed around superheroes of TV series a while back into the gambling history, but now that’s a reality: you can see many a slot based on currently-popular pop-culture hits, such as Game of Thrones, Pirates of the Caribbean, etc.

Therefore, it can be safely said that in this day and age, there is something out there fit for the subjective expectations of just about anybody, and it’s not one bit less true when it comes to gamblers and slots.

← The Best Advancements in Gaming during the Last Decade
Deal: SANSI BR30 200W Equivalent Ceramic LED Bulb for Only $11.99 →