Happy Thursday, the weekend is almost here aren’t you happy about that? Anyway, I’ve got the latest list of new products added to the our main site for you today. This list includes things like phones, SSDs, cameras, monitors and a few more interesting things.

Let’s start things off with a cell phone from Acer and one from Samsung:

The Acer Liquid Mini is a smartphone that was unveiled in early 2011. Running on Android 2.2, this smartphone comes in a colorful shell. It forms part of the Liquid line-up of smartphones. There is several Acer software, such as an app named the SocialJogger. This feature showcases the social updates from Facebook and Twitter. This smartphone features a shortcut to the Wi-Fi settings. Users can perform basic editing of Microsoft Office files. It features a 3.5mm jack so that users can connect their own headphones. It also has an FM radio. It is powered by a battery that can last for about six and a half hours. If features such as Wi-Fi and Bluetooth are not used then the battery will last for a lot more on a single charge. Powered by a 600MHz processor, this smartphone features a 3.2-inch touchscreen. It comes in blue, pink, black and silver. It measures 58x110x13 mm and weighs 109g.

The Samsung Galaxy S 4G is a quad-band world smartphone that was unveiled at the CES 2011 event in Las Vegas. It forms part of Samsung’s Galaxy S line of smartphones. Featuring the 4G network, this smartphone is powered by a 1GHz Hummingbird processor. It comes with a 5-megapixel camera that allows for 720p HD video capture. It bears similar looks to Samsung’s Galaxy S. It is equipped with a 3.5mm headset jack. It also has a microUSB port. Featuring a 4-inch Super AMOLED display, it is equipped with 185MB. It features Wi-Fi, Bluetooth, and GPS support. It runs on the Android 2.2.1 Froyo. It comes with a front-facing camera that allows for video calls. It measures 4.82 inches x 2.54 inches x 0.39 inches and weighs 4.16 ounces. The Samsung Galaxy S 4G is available with an AC adapter, a USB cable, a 16GB microSD card, a wired stereo headset, and a reference material.

Next up is a couple laptops from Sony: 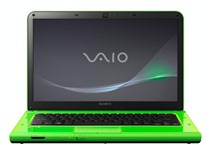 The Sony VAIO CA is a notebook powered by second generation Intel® Core™ i5 processor, and features Blu-ray Disc™ drive and AMD Radeon™ 1GB Hybrid Graphics card. Available in a form factor that emits neon orange and neon green color which radiates light around the edges of the laptop, through the VAIO logo, and around the touchpad, the Sony VAIO CA is designed in Lightning White and Bolt Black color options. 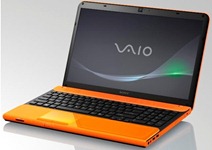 The Sony VAIO CB is a notebook powered by second generation Intel® Core™ i5 processor, and features Blu-ray Disc™ drive and AMD Radeon™ 1GB Hybrid Graphics CBrd. Available in a form factor that emits neon orange and neon green color which radiates light around the edges of the laptop, through the VAIO logo, and around the touchpad, the Sony VAIO CB is designed in Lightning White and Bolt Black color options.

Then we have an SSD from OCZ: 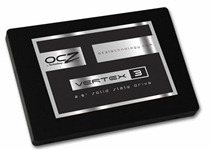 The OCZ 100GB Vertex 3 Pro is a solid state drive (SSD) designed for computing devices and systems and caters to both client and enterprise applications. Supporting 6Gbps speed of the SATA III interface, the SSD supports up to 550MB/s read and 500MB/s write transfer rates and up to 60,000 IOPS (4k random write). This is ideal for gaming, multimedia, and the overall computing experience. It helps to deliver an industry-leading performance. It provides an unparalleled a better reliability, security, and a longer endurance.

Then it’s a monitor from Eizo: 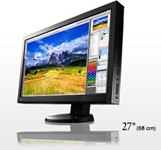 The Eizo ColorEdge CG275W is a 27-inch monitor that is designed for professionals in prepress, digital photography, graphic design, video editing, post production, and other graphics fields. It features a built-in calibration sensor for self-calibration which eliminates the need for a third-party external calibration device. The monitor can be scheduled to self-calibrate outside of work hours when the computer is turned off, and is compatible with any operating system.

Then how about a couple digital cameras from Sony and Olympus: 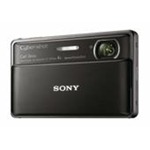 The Sony Cyber-shot DSC-TX100V is a digital camera that was unveiled in early 2011. Featuring an Exmore R CMOS sensor, this digital camera is powered by a BIONZ processor. Featuring a 16.2-megapixel sensor, this digital camera comes with an OLED XtraFine that is equipped with the TruBlack technology and supports 1,229K dots. Equipped with Carl Zeiss Vario-Tessar Lens, this digital camera features 12 elements in 10 groups. It offers a 27-108 mm focal length and 4x optical zoom. It comes with the Smart Zoom / Precision Digital Zoom/Off digital zoom up to 5.1x (9.6x with Smart Zoom Technology). It comes with the Red-Eye Reduction and Media/Battery Indicator. It has the Power Save Mode and a Media/Battery Indicator. It offers White balance adjustments. It comes with a D-Range optimizer. It provides up to 3200 ISO sensitivity. It supports Dolby Sound recording. It provides photographers with noise reduction. It comes with 6 scene modes. It comes with a built-in GPS. It has Anti Motion Blur that helps to make shots non-blurry. It is equipped with a memory card slot that supports a range of cards including MS Duo and SD/SDHC/SDXC. The Sony Cyber-shot DSC-TX100V measures 93 x 55.6 x 16.8 mm and weighs 4.6 oz. This camera is available with a Sony PMB (Picture Motion Browser v5.5, USB cable, CD-ROM, battery, paint pen, USB charger and wrist strap. 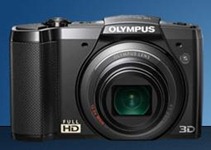 The Olympus SZ-20MR is a digital camera that features 12.5x wide optical zoom (25-600mm equivalent), and supports 1080p Full HD movie recording and 16 Megapixel still photos. Users can shoot in high resolution using the various combinations of recording modes then share their shots in the format of their choice. Designed in a slim form factor, the Olympus SZ-20MR is ideal travel. It is powered by a backlit CMOS sensor for capturing pictures in low light, 3D photo shooting and Eye-Fi card compatibility.

How about  TV from Sony: 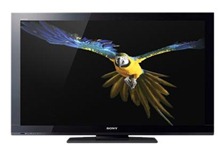 The Sony BRAVIA KDL-32BX420 is a 1080p LCD HDTV that was unveiled at the CES event in early January 2011. Available in February 2011, this TV features brilliant Full HD (1080p) picture quality with CCFL backlight. It is equipped with five HD Inputs that allow users to connect multiple HD devices. It offers users with full HD resolution in a screen measuring at 32 inches. Users can connect their digital camera, USB-enabled MP3 player, or USB storage device through the USB port found on this TV. The remote control for this TV can be used to control BRAVIA Sync compatible devices such as BRAVIA HDTVs, Blu-ray Disc Players, surround sound systems, digital camcorders, and Cyber-shot digital still cameras. This TV measures 3.6 x 31.5 x 19.6 inches and weighs 20.1 pounds. It is available with a Remote Control (RM-YD065), Power Cable, Table Top Stand/Hardware and Documentation.

And last, but certainly not least a headset from SteelSeries:

The SteelSeries Siberia v2 is a headset that was unveiled in early March 2011. Featuring earcups with a noise reducing foam, this headset allows users to focus on the important audio or voice communication. It is also able to block out ambient outside noise. It works on a 50mm driver unit that features optimized high, low, and mid-range sounds for a quality output that can serve as multiple uses.

Be sure to stop over and see everything else we got listed!  https://technogog.com

← Review of Orb TV
Review of The Cartella for MacBook Air →