I’m all for this, I’ve had too many near misses with morons who are on the phone while driving and not paying attention. Yes I have a cellphone but I try my hardest never to use it while I’m driving. I can count on one hand how many times I’ve used the phone while driving this past year. I just don’t understand what’s so important that you need to use the phone while driving? What did you do before cell phones?  I can remember when there wasn’t cellphones.. yeah I’m that old, but the point is, we’ve lived for how many centuries without cellphones so why are they such a necessity now?  See below for the official NTSB release.. 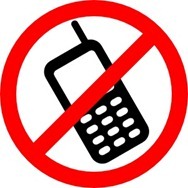 No call, no text, no update behind the wheel: NTSB calls for nationwide ban on PEDs while driving

Following today’s Board meeting on the 2010 multi-vehicle highway accident in Gray Summit, Missouri, the National Transportation Safety Board (NTSB) called for the first-ever nationwide ban on driver use of personal electronic devices (PEDs) while operating a motor vehicle.

The safety recommendation specifically calls for the 50 states and the District of Columbia to ban the nonemergency use of portable electronic devices (other than those designed to support the driving task) for all drivers. The safety recommendation also urges use of the NHTSA model of high-visibility enforcement to support these bans and implementation of targeted communication campaigns to inform motorists of the new law and heightened enforcement.

“According to NHTSA, more than 3,000 people lost their lives last year in distraction-related accidents”, said Chairman Deborah A.P. Hersman. “It is time for all of us to stand up for safety by turning off electronic devices when driving.”

On August 5, 2010, on a section of Interstate 44 in Gray Summit, Missouri, a pickup truck ran into the back of a truck-tractor that had slowed due to an active construction zone. The pickup truck, in turn, was struck from behind by a school bus. That school bus was then hit by a second school bus that had been following. As a result, two people died and 38 others were injured.

The NTSB’s investigation revealed that the pickup driver sent and received 11 text messages in the 11 minutes preceding the accident. The last text was received moments before the pickup struck the truck-tractor.

The Missouri accident is the most recent distraction accident the NTSB has investigated. However, the first investigation involving distraction from a wireless electronic device occurred in 2002, when a novice driver, distracted by a conversation on her cell phone, veered off the roadway in Largo, Maryland, crossed the median, flipped the car over, and killed five people.

Since then, the NTSB has seen the deadliness of distraction across all modes of transportation.

In the last two decades, there has been exponential growth in the use of cell-phone and personal electronic devices. Globally, there are 5.3 billion mobile phone subscribers or 77 percent of the world population. In the United States, that percentage is even higher – it exceeds 100 percent.

Further, a Virginia Tech Transportation Institute study of commercial drivers found that a safety-critical event is 163 times more likely if a driver is texting, e-mailing, or accessing the Internet.

“The data is clear; the time to act is now. How many more lives will be lost before we, as a society, change our attitudes about the deadliness of distractions?” Hersman said.

www.hgvtrainingsussex.co.uk suggests the use of mobile handsfree devices while driving.

A synopsis of the NTSB report, including the probable cause, findings, and a complete list of the safety recommendations, will be available online after the meeting.

The NTSB’s full report will be available on the website in several weeks.