I’ve never used Desura, I have a bunch of keys but I have Steam, Origin and Uplay installed and I just don’t want to install another one. Maybe I should hold a contest here and giveaway all those keys? Anyway, Bad Juju has just purchased Desura from Linden Labs and below you’ll find the official PR… 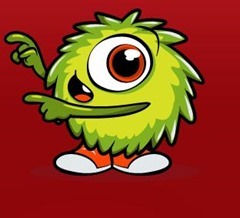 Indie Game and Middleware Tools Developer Bad Juju Games®, today announced that it has officially acquired Desura™, a comprehensive digital distribution service for PC, Mac and Linux gamers from its former owner and operator Linden Lab®. The move comes after several months of coordinated planning by the companies to ensure uninterrupted operation of the Desura service as well as a comprehensive roadmap of new features that will significantly benefit both its users and game developers during the upcoming months and beyond.

Linden Lab has begun an ambitious project to create the next generation of virtual worlds, while continuing to improve Second Life®, and grow Blocksworld®. Transitioning Desura to Bad Juju Game ship enables the company to enhance the focus of its resources on these priorities, while ensuring that spirit of Desura’s original vision lives on and game developers and players on the platform continue to be well served.

In addition to development of its own game titles, Bad Juju Games has spent the majority of the past few years building state-of-the-art big data backed tools, technology and interactive solutions for several “AAA” game titles in the Console and Mobile Gaming markets including popular franchises such as Call of Duty®, Tekken® and Ace Combat® to name a handful. Today, the Bad Juju Team has completely re-architected its technology focusing on an extensive assortment of game enhancing features that would otherwise be cost prohibitive for Developers to justify on a limited budget or while facing rather aggressive timetables.

As the Gaming industry continues to dramatically evolve, Bad Juju Games is dedicated to providing solutions for Mobile, Console and PC based Developers that level the playing field and provide many of the core services that Gamers have come to expect from top grossing game titles. Through its acquisition of Desura, Bad Juju Games will be offering its Developers at no additional costs, the core modules and services such as Leaderboards, Achievements, Cloud Storage, Player Stats and Profiles and its Business Intelligence that are also fully cross-platform.

But not only will Game Developers benefit from news of the Bad Juju acquisition, as the dedicated Gamers choosing to make their purchases from Desura can expect significant overhauls in the Desura experience, major price savings, rewards, an expanded game title catalog and a native cross-platform game management client application that Desura has been lacking.  “From the start, Desura has made great strides to deliver Gamers a viable game publishing service offering a wide selection of games not found on Steam®”, commented Tony Novak, President of Bad Juju Games. “Now, our team at Bad Juju is tasked with raising that bar – An effort that we intend to approach while continuing to embrace the DRM Free ideals that have made Desura a contender within the limited field of digital and PC Games Publishers.”

“This marks a very important milestone for Bad Juju Games to reach the greatest breadth of Game Developers and Gamers whom all share a fanatical passion for gaming as a whole,” continued Novak.  “Bringing back the ‘old school’ game titles that have been lost but not forgotten, finding new emerging titles and tapping into the wealth of import games are just a few of the efforts that Bad Juju will be actively pursuing as Desura is absolutely here to make a very loud splash in the market.”

Founded in 2010, Bad Juju Games has assembled a highly experienced team of veteran video game industry developers and artists to build the next generation middleware technology platform for the Mobile, Console and PC Gaming markets.

For more information, please visit us on the web at the BadJuju.com.