As smart phones incorporate new technologies such as Google Now on Android and Siri on iOS, Bluetooth headset companies continue to evolve as well. Jabra is a highly regarded name in the field of Bluetooth technology has released the Jabra Stealth that offers a dedicated Siri/Google Now button as well the ability to pair using NFC (near field communication) depending on the device.

In addition the Jabra Stealth has features you’d expect to find in a modern Bluetooth headset including high definition audio, noise reduction and long battery life.

What differentiates the Jabra Stealth from other models is its compact size, thus the Stealth moniker. It has up to six hours of talk time with a standby time of 240 hours. Not too shabby for such a small headset.

The Jabra Stealth arrives in a black box with an actual size photo of the headset on the front. The Bluetooth logo and Siri/Google Now button are featured also found here. The back of the box explains the MicroPower battery technology. On the side is a list of package contents, QR code and the name of the free Jabra app while the opposite end lists the benefits of the Jabra Stealth. 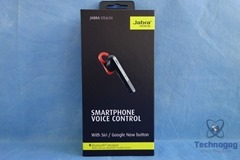 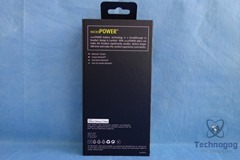 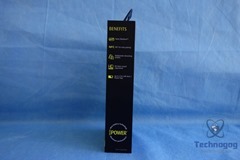 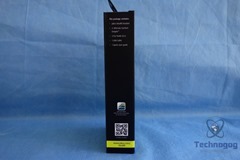 The front cover opens via magnetic closures and inside we see the headset along with an accessory box. Opening the package we find the Jabra Stealth headset, five Ultimate Comfort Eargels, two Ear hooks, a USB cable and Quick Start Guide. 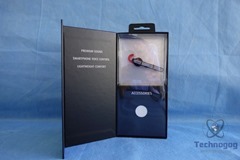 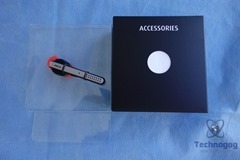 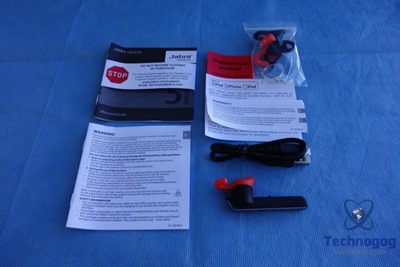 The Jabra Stealth measures L 65.2 x W 15.4 x H 24.2 mm and weighs (7.9 gm) 0.28 oz. The headset is composed of a black silicon rubber material that covers a polycarbonate body. The majority of the unit is encased in black silicon rubber with a silver band on the outer portion of the Jabra Stealth. The Jabra name is visualized on this silver strip along with a Bluetooth indicator and the microphone. Behind the Jabra name is the Answer/end button. 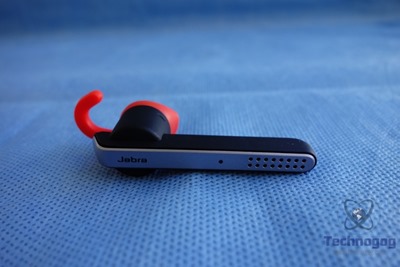 On the bottom portion of the headset is the Voice button aka the Siri/Google Now activator. The inner part of the Jabra Stealth has a USB charging port with cover, the on/off switch and of course the ear piece. 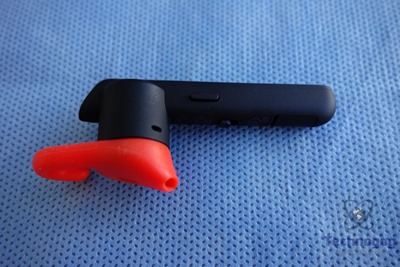 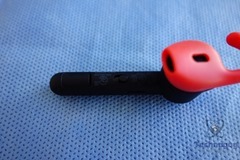 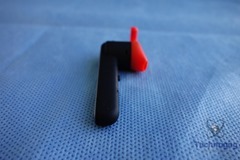 Inside the Jabra Stealth utilizes Bluetooth version 4.0 technology that supports A2DP (v1.2), AVRCP ABS Only. Hands free profile (v1.6), Headset profile (v1.2), phone book access profile (v1.0). Like most Bluetooth devices it has a range of 30 meters (98 feet) while it can connect to up to eight devices and work with two simultaneously.

The included Ultimate Comfort Eargels come in black and orange. Jabra allows the Stealth to be worn on either the left or right ear. For those who prefer earhooks there is a large and small model included that can be easily installed by sliding off the eargel and placing the hook over the earpiece and replacing the eargel. 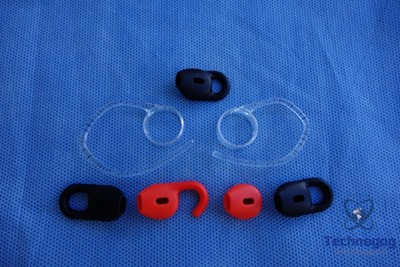 The included micro-USB cable charges the Stealth in approximately two hours. Jabra does not provide an AC adapter so you will have to use the one that comes with your phone or via a spare USB port on a PC or Mac. 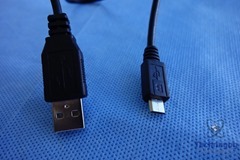 Up to 6 hours talk time

Say hello to the next generation

Jabra Stealth takes Bluetooth® headsets to the next level by being the first to incorporate the breakthrough microPOWER battery technology which allows for a significantly smaller design, longer talk time and a better comfort experience.

Just leave your smartphone in your pocket. With Jabra Stealth, Siri and Google Now are always available at your fingertips. Just tap the dedicated headset button to remotely activate and engage with Siri or Google Now from your smartphone.

Jabra Stealth features the latest, most advanced sound enhancement technologies. Noise Blackout reduces background noise from your conversations and together with HD voice, you are ensured of crystal clear conversations at both ends of the call.

There’s a completely new comfort experience with Jabra Stealth. The headset is significantly smaller and lighter and the weight of the headset is perfectly balanced in your ear. It’s so discreet and comfortable that you’ll hardly realize you’re wearing it.

If you happen to misplace your headset, the Find My Jabra feature in the Jabra Assist app will help you locate it again.  Via the app you can geographically see where you had your Jabra Stealth turned on the last time.

Talk Time: Up to 6 hours 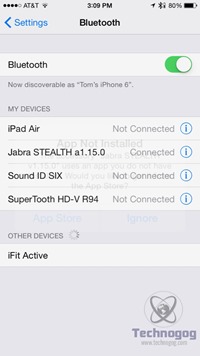 Pairing the Jabra Stealth to my iPhone 6 was a straightforward process.

When an incoming call occurs you can answer the call verbally by saying “Answer” when prompted or by pressing the side button once. Another press of this button will hang up the call. To reject the call double tap this same button or announce, “Ignore”.

Pressing the side button provides a status report of the headset including remaining talk time. Double tapping this side button will redial the last number called.

To use the Google Now or Siri features tap the button on the bottom part of the headset. Pressing and holding this bottom button will allow voice commands to be used.

Switching between two phone calls involves pressing and holding the side button for two seconds. This same method can be used to put a current call on hold and answer an incoming call.

The hardest part setting up the Jabra Stealth may be choosing the best fitting ear gel. It took some trial and error to find the most comfortable and best fitting gel. I ended up choosing the small black gel as it sat snuggly in my ear canal without applying any pressure or discomfort. Other gels seemed to press into my ear causing some aching when pressing the buttons on the headset. The over the ear hooks keep the headset securely attached to the user’s head. 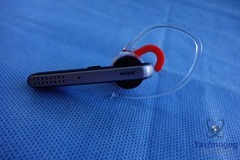 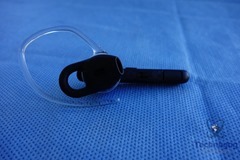 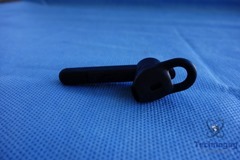 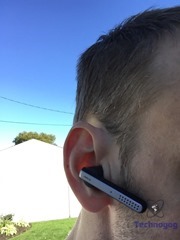 The sound quality of the Jabra Stealth is terrific. All my incoming calls sounded crystal clear while the outgoing audio was very good according to the people on the other end of my calls.

Activating Siri was a breeze by pressing the bottom button. This definitely made driving “hands free” much simpler.

One drawback to the Jabra Stealth is the inability to adjust the volume from the headset. To do this you will need to use the phone’s volume controls. Also due to its small size it is hard to adjust or move the headset without accidently pressing one of the buttons. That is a testament to the size of this unit but can also be a little irritating.

Like most newer tech products, the Jabra Stealth works with a free app called Jabra Assist. With this app the user can locate one’s Bluetooth headset as well as vehicle depending on the Jabra Bluetooth product being used. It’s not the most functional app as other one’s I’ve used allowed tailoring of the headsets sound and features.

The battery life on the Jabra Stealth was as advertised. I was able to use the headset for over a week and a half before I was at less than two hours of talk time. Of course this depends on how much time one spends using the headset on the phone.

The Jabra Stealth is an impressive Bluetooth headset that features long battery in a tiny form factor.

When choosing a Bluetooth headset the sound quality should be the principle factor in making a decision; in that respect Jabra comes through with flying colors. Out of all the Bluetooth headsets I’ve used in the past the Stealth is the best sounding headset in both incoming and outgoing calls.

Right now the Jabra Stealth is my current Bluetooth headset and should remain that way for quite some time.