So today you can get the original and excellent BioShock for your iOS devices for $14.99. I don’t know, I think the price is a bit high for an app, especially considering that you can get it on PC for about a dollar these days. The graphics look decent from what I can see in the screenshots which I’ve included below for you along with the official PR.. 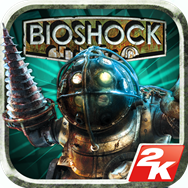 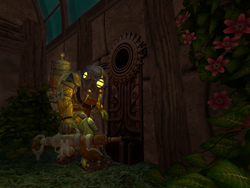 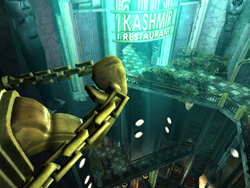 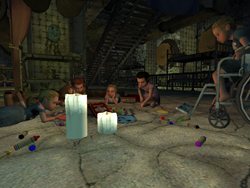 2K has announced that one of the highest-rated first-person shooters of all time**, BioShock, is available today on iOS devices as a premium mobile game for $14.99 on the iTunes App Store. BioShock iOS brings the full experience of the original "genetically enhanced" action-adventure, first-person shooter to iOS devices, while offering optimized touch controls and full Bluetooth and Made for iPhone (MFi) game controller support.
Bringing a true AAA gaming experience to the mobile platform, BioShock sends players on an adventure to explore the submerged Art Deco city of Rapture to fight deranged survivors of a failed objectivist utopia, and genetically modify their own DNA to gain superhuman powers. The game also features a new leaderboard system, an in-app digital artbook (based on the original Special Edition), and a new player profile function that allows players to see how they stack up against their friends with a number of personal in-game stats that track how many weapons and plasmids are used, the number of enemies killed, and more.
Mobile gamers that download BioShock will:

Explore an incredible and unique art deco world hidden deep under the ocean;

Collect an arsenal of weapons, ranging from standard firearms such as the pistol, machine gun and shotgun, to makeshift explosives such as the grenade launcher, chemical thrower, and crossbow;

Upgrade weapons at a series of one-time use Power-to-the-People stations scattered throughout the city for added capabilities, including decreased kickback, increased rate of fire, bigger clip size, or additional damage;

Augment the body with Plasmids to empower the player with dozens of super-natural abilities that range from spawning mini-tornados or bolts of electricity from ones hands, to igniting flammable objects, or controlling nearby security devices;

Make meaningful decisions as the player decides to either leave the underwater dystopian city in a rapid state of decline as part of an effort to save themselves, or risk it all to become their savior.

Originally developed by Irrational Games in 2007 for Windows PC and Xbox 360® video game and entertainment system from Microsoft, BioShock launched to wide critical acclaim, winning more than 50 Game of the Year awards from well-known outlets such as the Associated Press, Game Informer and Paste Magazine. Now ported over to the mobile platform by 2K China, BioShock iOS is a universal app that features Game Center support  for iOS devices including iPad Air, iPad Mini 2, iPad 4, iPhone 5S, iPhone 5C, and iPhone 5 – although, it will not work on earlier devices.
For the latest news and information, become a fan of BioShock on Facebook and follow @2K on Twitter.

*BioShock was named Game of the Year 2007 by the following outlets: BAFTA, Game Informer, Spike TV, and X-Play
**Based on Metacritic average ranking across available platforms