Let’s face it, we live in a world where there are a lot of people who aren’t very nice, and then we have ones that ignore what’s going on around them because they just don’t want to get involved. It’s sad but it’s all too true. Times have changed quite a bit since I was a child, I can’t see letting my children go out and do the things I did, it’s not for fear of what they’ll do, it’s for fear of what people will do to them. One of my biggest fears being a parent is something happening to my kids, and I think that goes for most all parents as well, but when they’re not in my sight it’s always in the back of my mind that something might happen to them… LiveSecure has just released what I think is a great product for you iPhone, iPod Touch and even the iPad, and it will be available for the BlackBerry soon and it’s called the Silent Bodyguard. it’s not an app just for kids, it can be useful for adults as well, but what it does is silently alert people that you are in trouble, it’s a panic button basically that send an SOS with your GPS coordinates to those who are pre-programmed into the app… 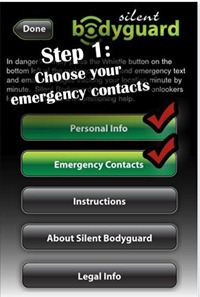 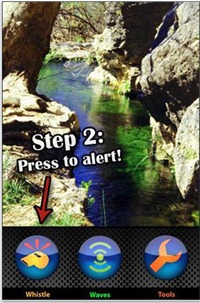 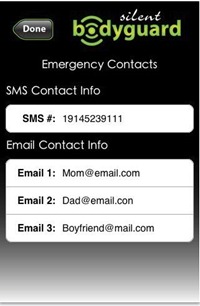 Dr. Clint Van Zandt, former FBI chief hostage negotiator and criminal profiler, is backing a new safety application designed for mobile phones. It sends an SOS distress signal with GPS coordinates to immediately reach potential rescuers who the phone owner has pre-programmed into the mobile phone without alerting any onlookers.

Van Zandt reports there have been many situations in which a person trapped or in grave danger didn’t have time to place a call or create a text message. The new application, Silent Bodyguard, has been described as a "silent panic button." It can be downloaded through http://www.livesecure.org/ for just $3.99. While currently it is just for the iPhone, iPod Touch and the new iPad, it will be available for Blackberry within a few months.

LiveSecure.org offers Dr. Van Zandt’s weekly blog with his analysis of the latest national crime stories, as well as a free DVD, "Protecting Children from Predators." It also has information on a national one-strike law for sexual predators and other vital security articles for families and businesses as well as links for organizations or individuals concerned with safety and security.

Businesses, universities and families are currently grappling with how they might respond fast enough to save lives in a distress situation, says Van Zandt. The Silent Bodyguard application was inspired by Jo Perry, whose youngest daughter was the classmate of a girl abducted and killed while simply on an errand in Los Angeles and whose oldest daughter attends the same University as the graduate student recently murdered in her lab.

Van Zandt is a well-known television guest commentator for NBC and MSNBC and is a published author and international speaker on matters of security, aberrant behavior, law enforcement and crisis management. He was instrumental in identifying the "Unabomber" and the Oklahoma City bomber in the 1990s. In corporate situations, Van Zandt often consults where serious tensions arise and helps defuse or prevent threats within the workplace.

The Silent Bodyguard creators are Jo Perry, the concerned mom noted above, and application developer Justin Leader, both of Los Angeles.