Yes it’s more CES news, but this time it’s one for the kids! Ematic has just announced a new line of Android tablets just for the little ones called FunTab. Yes they are Android, and they’re running Android 4.0, but the tablets are brightly colored and they come in different sizes from 4.3” up to 9” and they all seem to have decent specs overall, at least good enough for kids anyway… Read on to see all of them, I know my 7 year old son would just love to have one of these! 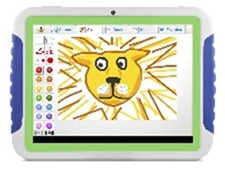 The FunTab XL has a 9” capacitive, multi-touch IPS screen for easy viewing of multimedia content.  It has a 1.2GHz processor with 400 MHz GPU and 1GB RAM with16GB of internal storage.  HDMI mirroring allows the child to watch videos and play games on any HDTV. The FunTab XL supports has front and rear cameras.  It retails for $149.99. 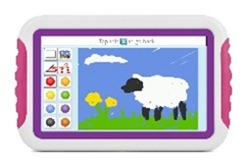 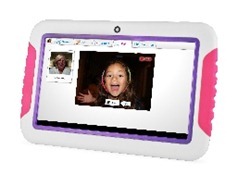 The FunTab is a 7” capacitive touchscreen device with 1.2 GHz processor and 400 MHz GPU.  The FunTab comes with front and rear cameras, and the battery allows for 5.5 hours of continuous playtime.  It is available in blue/green and pink/purple.  The FunTab retails for $119.99. 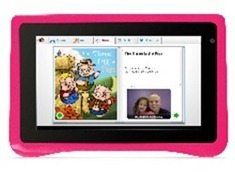 The FunTab Pro is a 7” tablet with a 1GHz processor and dedicated GPU.  It comes with front and rear cameras, and the battery allows for up to 8 hours of continuous playtime.  The FunTab Pro features an HDMI output to connect your device to a television to view videos, play games and enjoy other multimedia content in 1080p.  Users can customize this tablet with the included interchangeable faceplates which come in blue, pink and red.  The FunTab Pro retails for $149.99.

The FunTab Family is available at walmart.com.