Some more 3DS news for you, there’s an update coming at the end of November that will bring 3D video capture and new puzzles to Street Pass along with some other things not mentioned just yet. Hulu Plus will be coming as well to both the Wii and 3DS, but of course you’ll have to pay $7.99 per month for it, no mention if it will be separate from your existing Hulu Plus subscription though, but I would hope it wouldn’t be that’s for sure. Freakforms, Pushmo, Swapnote and Dillon’s Rolling Western will also be coming to the eShop as well with varying launch dates. As of now though you can hope over and grab some 3D animations like Thriller done by the Shrek characters, with more being added soon. 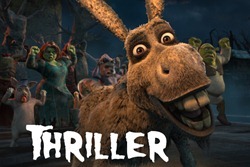 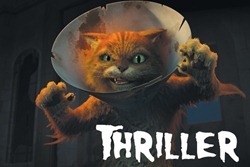 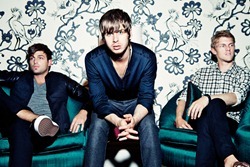 Hulu Plus: With Hulu Plus, Wii and Nintendo 3DS users will be able to instantly stream thousands of TV episodes – including the entire current season of popular shows like Modern Family, Glee, Dancing with the Stars, The Biggest Loser, House and Grey’s Anatomy – from premium content partners like ABC, Comedy Central, FOX, NBC, MTV and many more. Hulu Plus also offers access to classic TV favorites like Lost, Battlestar Galactica, The Hills and hundreds of popular and award-winning movies. Hulu Plus is available through a separate subscription fee of $7.99 per month with limited advertising.

Nintendo 3DS System Update: At the end of November, a new system update will deliver a range of cool new features and enhancements, including 3D video capture, which will let users record up to 10 minutes of 3D video and enable people to create their own 3D stop-motion animation videos. The update will also add new puzzles to the StreetPass™ Mii Plaza™and a new dungeon to Find Mii. Other features will be announced in the future.

Games Coming to the Nintendo eShop:

3D Animation: Starting today, Nintendo 3DS owners can visit the Nintendo eShop and, for $1.99, download a new 3D “Thriller” video that features singing and dancing by their favorite Shrek characters from DreamWorks Animation.

3D Music Videos: Fans of the Nintendo Video service on Nintendo 3DS will soon see the arrival of new 3D music videos, including “Don’t Stop (Color on the Walls)” from Foster the People’s Torches album.