It looks like Xbox 360 are getting a decent headset from Mad Catz and Tritton called the Detonator. Yes it’s a gaming headset for your Xbox, but you can also use it with most anything else like your phone or MP3 player. The Detonator is priced at $79.99 and features independent voice and game mute, along with a padded adjustable headband for extra comfort during long gaming sessions. 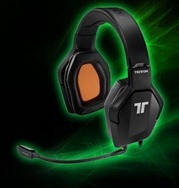 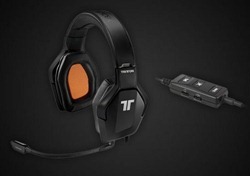 The Detonator is the first in a range of exclusive, co-branded headsets, being released this holiday season.  This range is HUGELY exciting for us!  The co-branded range is not just an officially licensed product, but a joint project with dual branding, representing the only official Xbox 360 headset range of pro gaming headsets.  The wireless products in the range utilize exclusive technology and features not available with any other headset due to their use of Microsoft’s own proprietary technology.

The Detonator Stereo Headset includes 50mm Neodymium Drivers, Detachable Boom Mic and Selectable Voice Monitoring and is expected to be joined by additional products in the range in time for the 2011 holiday season.

Additional information is available at: http://www.trittonusa.com/detonator