Yes I’m still here. I’ve been sick for the last couple days, not sure, a little flu or something just not doing much but sleeping as much as I can. Anyway, better late than never, I’ve got the official Windows Phone 8 announcement for you from Microsoft. I’ve been holding off on my AT&T upgrade for the new Windows Phones to come out and it’s only a few days now but I’m not sure what I want, Nokia or HTC. I like my HTC Titan Windows phone, but I may have to try Nokia out and see what they’re up to. 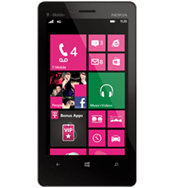 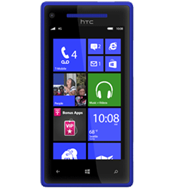 Microsoft Corp. today debuted Windows Phone 8, the latest version of the company’s smartphone operating system. Windows Phone 8 offers a truly personal phone experience, connecting you to the people and things that matter most.

As part of the announcement, Microsoft revealed new features, including Kid’s Corner and Rooms, along with details and pricing for a range of beautiful new smartphones from Nokia, Samsung and HTC, each with their own differentiated designs, colors and features. Windows Phone 8 devices will go on sale in November at AT&T, T-Mobile and Verizon in the U.S., as well as at carriers and retailers around the world.

"We can’t wait for the world to meet Windows Phone 8, the most personal smartphone there is," saidTerry Myerson, corporate vice president of the Windows Phone Division at Microsoft. "Windows Phone 8 comes on a range of phones that are stunning, colorful and unique."

Live Tiles are the heart and soul of Windows Phone, and no other phone has them. People can arrange the iconic Start screen however they want by pinning their favorite people, apps, music, games, photos and more. Three sizes of Live Tiles and 20 bright color choices including cobalt, crimson and lime mean you can personalize your Start screen to be unmistakably yours.

In addition to Live Tiles, Windows Phone 8 offers a range of new features to make your smartphone experience even more personal, including these:

Leading up to today’s launch, Nokia, Samsung and HTC have announced an array of phones for Windows Phone 8, featuring large, vivid screens, new camera innovations, NFC capabilities, and bold colors such as red, yellow, blue, black and white.2 Each phone offers unique features and comes in a variety of price points.

Perfect Companion for Your Windows Devices

With a similar look and feel, the same technology core, and the same built-in SkyDrive cloud service, Windows Phone 8 is built to work seamlessly with Windows 8 PCs, Microsoft Surface devices and the Xbox 360 console. For example, now you can edit a document on the go with Windows Phone 8 and pick right up again on your PC when you get home. Or access your music including your albums, songs and playlists, wherever and whenever on Xbox Music.4 Create a playlist from your PC, walk out the door and cue up that same list from your phone. It’s all possible with Windows.

Major mobile operators in the United States will start selling Windows Phone 8 in the coming weeks:

All 65 Microsoft Stores open this holiday will carry every phone available for sale in the U.S., and every color option will be available through its online store at http://www.microsoftstore.com.

The Windows Phone blog has even more features details on Windows Phone 8 at www.windowsteamblog.com/windowsphone. The webcast of the press conference is available for replay at http://www.microsoft.com/en-us/news/presskits/windowsphone.