2K has just announced that NHL 2K is now available on Google Play and the iTunes Appstore which means they’ve launched it for both iOS and Android at the same time which I something you don’t see too often. From what I’ve seen, most of the time the game comes to iOS and then eventually, if ever, it comes to Android devices. NHK 2K features a career mode with multiple seasons along with live roster updates, three on three competitions, and multiplayer. The game also features the classic modes like NHL Winter Classic and Free skate. Price is $7.99 on Android, not sure how much it is on iOS but I’m sure it’s close. 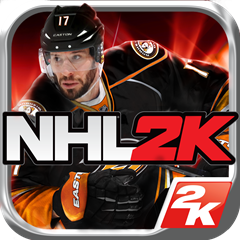 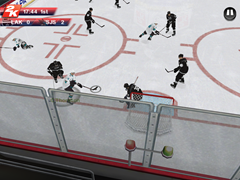 2K today announced that the latest installment to its famed NHL 2K hockey series, NHL® 2K, has arrived on mobile devices as a premium game for $7.99. Developed by Visual Concepts, a 2K Studio, in partnership with Virtuos, NHL 2K delivers a complete and portable All-Star NHL experience for hockey fans on iOS and Android devices.
NHL 2K’s new My Career mode lets fans shape the career of a custom character, while a new Mini-Rink game enables players to enter a competitive and fast-paced, three-on-three match. In addition, NHL 2K includes its first-ever asynchronous multiplayer options, allowing fans to go head-to-head in a turn-based shootout with their friends. Popular game modes and features are also returning alongside enhanced graphics and updated rosters, allowing fans to play through a full NHL season with their favorite team in Season Mode; compete on a frigid and snowy outdoor skating rink in the NHL Winter Classic®; perfect their hockey strategy and skills in Free Skate; and practice their penalty shots under pressure in Shootout.
“The team worked closely with Virtuos to build a game that provides sports fans with a fun and convenient way to experience the hard-hitting action of the NHL,” said Greg Thomas, President of Visual Concepts. “With the start of the new season days away, now is a great time to provide the millions of NHL fans on iOS and Android devices with a full-featured professional hockey game they’ve been asking for.”

For more information on NHL 2K and 2K, become a fan on Facebook and visit www.2k.com.