I’m a Batman fan and I’ve watched the first few episodes of Gotham and I’m not sure about it, it’s Batman without Batman sort of, but not really. It’s not bad I think so far, and it is nice to see the early stuff about Bruce Wayne and what sort of led him to become Batman and you get to see the back stories of the secondary characters. One of my all time favorite shows is Firefly and Morena Baccarin from Firefly is joining the cast of Gotham as Dr. Leslie Thompkins. She’ll be a recurring character now and then become a regular in season two. I think she’ll so great personally and it just gives me another reason to go back and watch more of Gotham.. 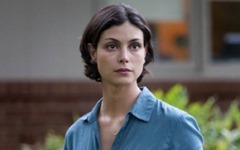