Just in time for the busy holiday travel season, bus and tuck drivers are no longer allowed to use cellphones while driving! This should make the roads a bit safer for you holiday travelers and any traveling from now on! 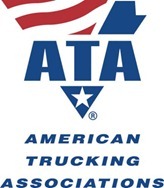 American Trucking Associations today announced their support for the final rule issued by the Department of Transportation and Federal Motor Carrier Safety Administration to ban the use of handheld cellphones by commercial truck and bus drivers.

"ATA has been vocal in its support of Transportation Secretary LaHood’s quest to combat distracted driving and this is another appropriate step toward achieving that goal," ATA President and CEO Bill Graves said. "Studies have shown that actions like texting and dialing a phone can greatly increase crash risk, so by taking steps to curb these behaviors hold great promise to improve highway safety."

"ATA’s progressive safety agenda includes support for bans on texting and using handheld cellphones for all drivers. While the federal government cannot enact such bans for drivers of passenger vehicles, ATA urges all states to follow the lead of DOT and FMCSA and take steps to ban these dangerous activities for all drivers," Graves said.

"It is fitting that this rule was announced today as millions of Americans head out to spend Thanksgiving with their loved ones, and hundreds of thousands of America’s truck drivers are on the roads delivering the food, gifts and trimmings of the upcoming holiday season," Graves said. "We urge all drivers, whether it is illegal or not, to put down their phones while on the road so this can be a safe and happy holiday for all of us."