Yep more Black Friday deals and I think 4K Ultra HDTVs will be hot this year, I know I would love to have one under my tree… well it wouldn’t fit under the tree so I’ll settle for beside it! Anyway, Sears is having an awesome sale and Seiki brand 4K Ultra HDTVs with drastic discounts on many of them. Very brief announcement below for you about the deals.. 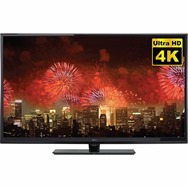 Thanksgiving and Black Friday deals on 4K HDTVs, this coming week at Sears. These deals are some of the best prices anywhere for 4K HDTVs.