I do miss my Windows Phones, I had two of them, but I went back to Android because there’s just more apps that I use on it. Maybe I’ll go back to it, II ‘m do for an upgrade in April actually so I’ll see what’s new then. Shazam for Windows Phone has just been updated to include support for Cortana allowing for voice control, but also live tiles, better music recognition, new and better track pages and My Shazam with easy access to Xbox Music. 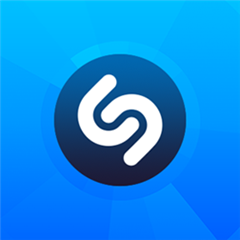 Cortana Voice Control– An even faster way to connect with the music playing around you, just ask Cortana to “Shazam this” for quick results.

Live Tiles – Shazam will display your most recent discovery right on the home screen by taking advantage of Windows Phone’s Live Tiles, giving fans quick access to the app.

New Track Pages – Music results will now be enhanced with music videos, lyrics and links to Xbox Music where users can buy the music they love.

My Shazam – Users can easily access all the music they’ve discovered and saved, with easy access to buying tracks on Xbox Music.

These new features for Windows Phone users represent the first of many planned upgrades, with more news to come in 2015. The Microsoft Windows Store is built into every platform, making it simple to download the free app.