This email came in this morning and got buried in everything else, but here it is. TokyoFlash has just announced a very limited edition of the Kisai Console Acetate Watch for only $99 but it’s that price until March 27th at 11am japan time. The watch kids of reminds me a Star Trek, the control panels, but anyway, there’s some pictures for you along with links to the watch and YouTube for a demo video.. 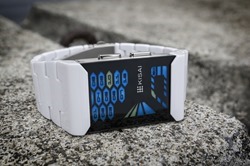 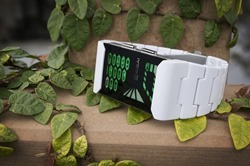 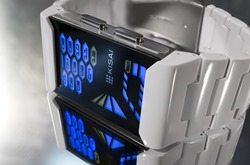 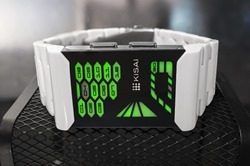 Made in very limited quantities, Kisai Console Acetate combines a brushed stainless steel case, framed by a white acetate strap with a recessed black mineral crystal lens and bright sub-surface LEDs. The watch has time and animation mode and comes with blue or green LEDs in a sci-fi control panel layout.
Kisai Console Acetate is available at the special release price of $99 (€74, £63) until Thursday March 27th at 11:00am Japan time.
there is a video demo here on our YouTube channel.