So $500 for the basic model? Yeah too rich for my blood that’s for sure, that’s like two car payments… things change when you get older for sure, and then have kids things really change as you just don’t have that disposable income. Still though I don’t have any plans to get the new Xbox One, I don’t like where it’s headed… I’ll stick with the PS4 for now. Full PR with all the details below.. 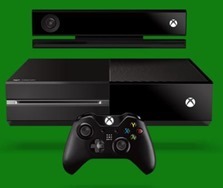 Fueling the excitement from the Xbox One reveal on May 21, Microsoft Corp. today announced launch details for the highly anticipated next Xbox gaming and entertainment system. Launching in 21 markets around the world in November 2013, Xbox One is the ultimate all-in-one entertainment system built for the 21st century living room — introducing a new world of games, music, live TV, movies, sports, apps and Skype, all personalized to your interests and accessible with the sound of your voice.

Every Xbox One system sold will include the new Xbox One console — which features a 500GB hard drive,1 Blu-ray player and built-in Wi-Fi — the new Kinect, one Xbox One Wireless Controller and a free 14-day trial of Xbox Live Gold for new members. The Xbox One launch bundle will be available for $499.99in the U.S., £429 (GBP) in the U.K. and €499 (EUR) in European markets.2

In addition, as a message of thanks to the millions of Xbox fans around the world for their passion and loyalty, Microsoft announced that every qualifying Xbox Live Gold member — new or existing — will receive two free Xbox 360 game downloads per month starting July 1 until Dec. 31, 2013, including popular titles such as "Halo 3" and "Assassin’s Creed II." And to celebrate E3 in the month of June, Xbox Live Gold members will receive a free download of "Fable III."3 For a limited time gamers can also get a Day One 12-month Xbox Live Gold membership and play "Killer Instinct: Round One," with the exclusive Shadow Jago character, on Xbox One. Players will also receive a commemorative Day One membership card.

To reserve your Xbox One system today, and for a list of additional launch countries and prices, visit http://www.xbox.com/reserve for participating retailers.

All-new accessories to fuel the new generation of gaming

Launching alongside Xbox One this November, a new lineup of best-in-class accessories will make your new-generation gaming experiences more immersive, precise and accessible:

Xbox is Microsoft’s premier entertainment brand for the TV, phone, PC and tablet. In living rooms or on the go, Xbox is home to the best and broadest games, as well as one of the world’s largest libraries of movies, TV, music and sports. Your favorite games, TV and entertainment come to life in new ways through the power of Kinect, Xbox SmartGlass and Xbox Live, the world’s premier social entertainment network. More information about Xbox can be found online at www.xbox.com.

Founded in 1975, Microsoft (Nasdaq: MSFT) is the worldwide leader in software, services and solutions that help people and businesses realize their full potential.

Features and requirements are under development and may change prior to release. Available features and content may vary by country. Broadband Internet (ISP fees apply) and advanced TV hardware required. Games and media content sold separately. Xbox Live Gold Membership, paid subscription and other requirements apply for some Xbox Live features.

3 "Games with Gold" free games offer available June 10 through Dec. 31, 2013, for qualifying paid Gold members only. Xbox 360 games (selected by Xbox) available for free download from Marketplace only during specified half-month window; available games may vary by country. Some titles may only be available for download by account holders 18 or older. Kinect and/or hard drive required for some games. See xbox.com/live.