Well this was a big surprise to me, I mean seriously a new Xbox 360 when you just announced the Xbox One? Makes no sense to me, but hey why not? There’s already how many different versions of the 360 pout now, what’s another one right? Better yet let’s make it look exactly like the new console that’s coming out, maybe confuse the consumers a bit? Whatever, full details below for you.. 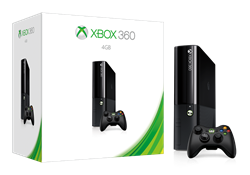 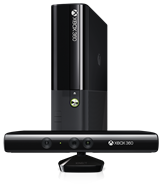 Microsoft Corp. today at E3 offered everyone who has yet to own an Xbox 360 or wants to update their existing console an irresistible new reason to jump in. Alongside the spectacular lineup of titles for its highly anticipated next Xbox entertainment system, Xbox One, Microsoft unveiled a fresh and exciting new design for Xbox 360. Shipping today to retailers across the U.S., U.K., Canada, Ireland and Australia, the new Xbox 360 will continue to roll out worldwide across all Xbox regions over the coming months, extending the life cycle and legacy of the celebrated console that has already sold 76 million units worldwide and has been the best-selling console in the U.S. for the past 28 months.

Sporting a sleek and stylish new design that resembles the Xbox One brand elements, the new Xbox 360 brings together a similar look and feel across the entire family of Xbox products. The new Xbox 360 appears stunning wherever it fits in the home and offers great performance. It is available in multiple value-packed editions for the same great prices as the existing console: $199.99 estimated retail price (ERP1) for the 4GB console, $299.99 ERP for the 250GB edition and $299.99 ERP for the 4GB Kinect Bundle.

"Xbox 360 offers unrivaled value — with more great games, an Xbox Live community with 48 million members, and a compelling lineup of apps, sports, movies, TV shows and music," said Yusuf Mehdi, chief marketing and strategy officer, Interactive Entertainment Business, Microsoft. "We’ve taken all we have learned these past eight years and engineered a new Xbox 360 console that is elegant and accessible to anyone. There’s never been a better time to experience everything Xbox 360 has to offer."

As a message of thanks to the millions of Xbox fans around the world for their passion and loyalty, Microsoft announced that every qualifying Xbox Live Gold member — new or existing — will receive two free Xbox 360 game downloads per month starting July 1 until Dec. 31, 2013, including popular titles such as "Halo 3" and "Assassin’s Creed II." And to celebrate E3 in the month of June, Xbox Live Gold members will receive a free download of "Fable III."3 In addition, for a limited time gamers can get a Day One 12-month Xbox Live Gold membership and play "Killer Instinct: Round One," with the exclusive Shadow Jago character, on Xbox One. Players will also receive a commemorative Day One membership card.

The world’s brightest creators are continuing to bring imaginative new titles to Xbox 360, which leads the games industry with more than 4,500 titles and 48 million Xbox Live members. At Microsoft’s E3 press briefing, acclaimed developer Wargaming.net announced that a new installment of one of the world’s most popular action games, "World of Tanks: Xbox 360 Edition," is coming exclusively to Xbox 360 later this year, bringing the franchise to a console platform for the first time. Custom-built for Xbox 360, "World of Tanks: Xbox 360 Edition" is a global online multiplayer phenomenon dedicated to tank warfare in the mid-20th century. Players will command some of history’s most powerful tanks and experience intense combat where the excitement of battle is enhanced by working together with their tank platoons to win the fight. "World of Tanks: Xbox 360 Edition" will be available as a Free-to-Play with Gold title for Xbox Live members and a limited-time trial for all Xbox Live account holders. Register for the beta at http://www.worldoftanks.com/xbox.2

Microsoft also showcased "Max: The Curse of Brotherhood," a follow-up to the popular game "Max and the Magic Marker," coming exclusively to Xbox 360 later this year. The game tells the story of a boy named Max who embarks on a journey to find his little brother, Felix, after a giant monster steals him away. With the power of Kinect, players will guide Max through a mystical, blighted fantasy world, using powerful magical abilities to overcome puzzles and enemies and save Felix before it’s too late.

Fans of action games can wage war for their god as a brutal Caos warrior in "Ascend: Hand of Kul," a Free-to-Play with Gold third-person action-RPG featuring innovative single and multiplayer gameplay. In addition, poker fans will be able to take their game to a whole new level with "World Series of Poker®: Full House Pro," which lets players build their in-game bankrolls as they compete against opponents from around the world.

In its sixth year, Summer of Arcade continues to deliver the most anticipated, premier collection of the best downloadable games available on Xbox Live. Coming later this summer, fans will have access to fun, quality games including "Teenage Mutant Ninja Turtles™: Out of the Shadows" from Activision, "Flashback" by Ubisoft, "Brothers: A Tale of Two Sons" by 505 Games and "Charlie Murder" from Microsoft Studios.

For more details about the Xbox One games lineup and all the exciting Xbox news at E3, visit news.xbox.com. For press releases and media assets, please visit news.xbox.com/media (select "Choose a Category" to find relevant content).

About Xbox
Xbox is Microsoft’s premier entertainment brand for the TV, phone, PC and tablet. In living rooms or on the go, Xbox is home to the best and broadest games, as well as one of the world’s largest libraries of movies, TV, music and sports. Your favorite games, TV and entertainment come to life in new ways through the power of Kinect, Xbox SmartGlass and Xbox Live, the world’s premier social entertainment network. More information about Xbox can be found online at www.xbox.com.

About Microsoft
Founded in 1975, Microsoft (Nasdaq: MSFT) is the worldwide leader in software, services and solutions that help people and businesses realize their full potential.