Crash Bandicoot is almost as famous as that little blue hedgehog fellow that runs around collecting rings, but I think Crash should be the more famous one as he’s got a lot more charm and pizzazz about him.

In the latest Bandicoot adventure we see him up against his arch nemesis Neo Cortex, who’s devised yet another fiendish, and dastardly devilish, evil scientist plan to take over the world. This time he’s using basically a brain control device to turn the denizens of Wampu island into his unwitting pawns, and of course they fall for it through Neo’s clever use of infomercials. So it’s up to our friendly neighborhood bandicoot to come save the day once again, this time though he’s got some special tricks up his sleeve, or should I say in his pockets. Crash has the ability to ‘jack’ monsters, or take control of them to do his bidding to help him fight Neo Cortex and his hordes of henchmen. When Crash doesn’t need the monster he puts it in his pocket for later use, Crash and his monsters can be upgraded as well by collecting jewels, or Mojo.

Crash Bandicoot – Mind Over Mutant is a rather fun game, but it can get repetitive at times. Even with the repetition I found I had to keep playing because the cut scenes are just great, from spoof infomercials, old style cartoons and to even anime inspired movies, they’re just well worth playing to get to them.

So continue on for a bunch of screen shots, and two movies for you, including one of the aforementioned cut scenes..

So we’ll start off with a few box shots: 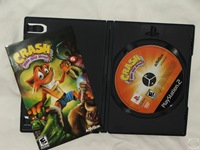 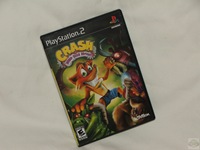 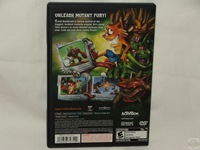 Conclusion:
Crash Bandicoot Mind Over Mutant is a fun and entertaining game, it brings back fond memories of why I liked the little bandicoot on the PS1.

The game doesn’t bring much really to the Crash series, it’s an attempt to revitalize it that I’m not sure is going to work really. A platformer where you run around collecting things has been done to death, and now we’ve just added another to the mix.

The lack of camera controls does make the game a bit harder than it should be.

Crash Bandicoot Mind Over Mutant is not a bad game overall, it is fun, and amusing at times, but it just feels a bit unfinished, like they wanted to do something spectacular but just ran out of time with it.

Cons:
Camera is goofy, makes game harder than it should be