The Nintendo Wii is the most popular next generation gaming console out on the market. It does not have the most powerful processor or the best graphics. What is does have is a unique controller interface using the Wiimote and Nunchuk attachment. Many games are controlled with gesture motions instead of just a controller/joystick interface. This factor makes it appeal to all age groups. Simple games such as bowling take on a new life with gesture based control.

Out of the box, one of the most played games is the one included with the system – Wii Sports. Using the Wiimote, the player can play Golf, Tennis, Bowling, Baseball and Boxing. The on screen character’s movements are controlled with movements of the Wiimote that mimics the real life motion of that particular sport.

To add a touch of realism to these great party games, EagleTech has released the WiiPAL 4-in-1 Sports Pack. The WiiPALS Sports Pack features a remote controller handle and Baseball Bat, Tennis Racket and Golf Club attachments. Now swinging for the fences seems more realistic, hitting a backhand is more life like and hooking the golf ball into the water, never more simple. 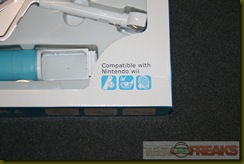 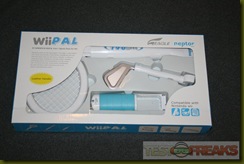 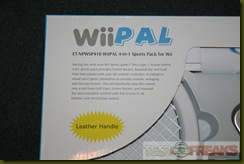 The back of the package has pictures of the of the Wii Sports game modes that can be used in conjunction with the WiiPAL. There is a list of specifications, features and the package contents. 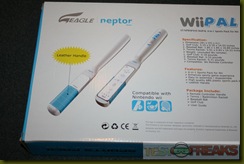 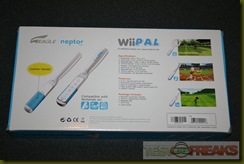 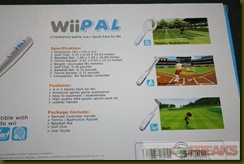 Inside the box, we find the parts of the WiiPAL and an instruction sheet. 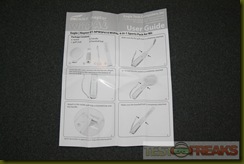 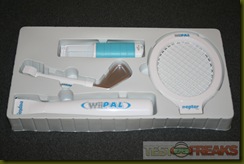 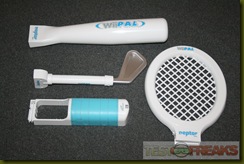 The individual parts of the WiiPAL setup are predominantly white with the same light blue and grey color as found on the packaging. The remote control handle features a blue leather handle for better grip.

On the remote control handle, there is a large open area insert the Wiimote. Just below the top of this opening is a groove piece of plastic that is used for attaching the Tennis Racket, Golf Club or Baseball Bat. At the base of this handle is an opening for the ever important Wiimote strap. 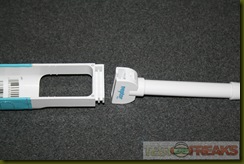 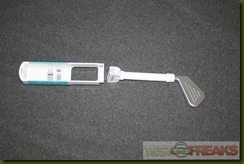 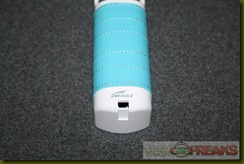 The Tennis Racket, Golf Club and Baseball Bat have the Neptor Logo on the end towards the handle attachment and the WiiPAL logo on the opposite end. Each of these attachments has a button on the side near the insertion groove used to separate the components. 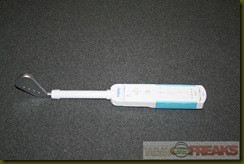 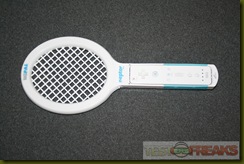 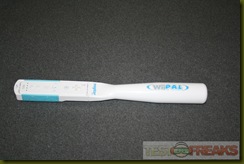 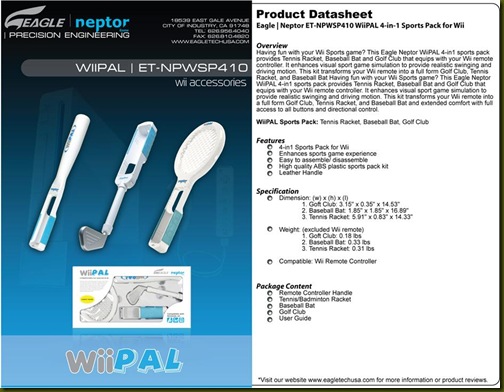 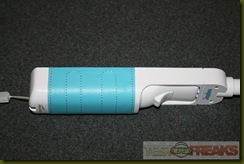 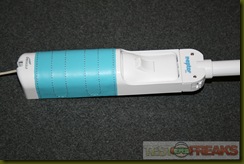 Hooking up one of these attachments is as simple as lining up the grooved ends and sliding the pieces together until they are flush with one another. You will hear and fell a click once they lock in together. Swapping out attachments is simple. Slide the button on the attachment near the connection and slide the components apart. Now insert the next sports attachment. 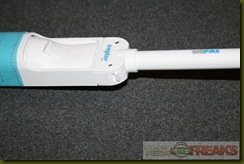 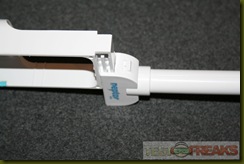 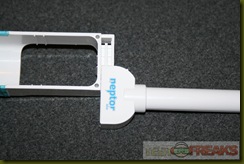 For the rigorous testing, I employed the best Wii Sports player around – my daughter. She had no problems in using the WiiPAL 4-in-1 Sports Pack with the Wiimote. She particularly enjoyed the Baseball Bat and Tennis Racket attachments, since they made her feel like she was swinging a real version of these replicas.

When I used the WiiPAL 4-in-1 Sports Pack, I noticed that it added some extra weight to the controller and gave the game a slightly different feel. The response time for tennis and baseball is changed with the additional weight with the attached peripheral. Only the golf club added little to no weight, so that part of Wii Sports was unchanged.

However, there are some drawbacks when using these attachments. First, the remote control holder blocks the emitter portion of the Wiimote, making it impossible to navigate menus using the cursor. Luckily, all the menus is Wii Sports can be navigated with the directional pad, so that is not such a big issue.

Second, any Wii game runs the risk of hitting people or objects with the Wiimote. Adding extensions to the remote will only increase the risk of this occurring.

Finally, attaching the wrist strap can be difficult, especially if using one of the newer straps which are thicker. The problem with the wrist strap is that the opening on the holder does not allow the end of the new straps to pass, so it takes some careful maneuvering to feed the loop of the Wiimote through the opening while the Wiimote rests inside the holder. It can be done, but will take a little bit of patience.

Did the WiiPAL 4-in-1 Sports Pack add much to the game experience? Did it make game play more realistic? That answer is up to the user. My daughter really enjoyed it. While the attachments made Wii Sports seem slightly more realistic, I still felt like I was playing a video game with cartoon like characters on the screen. Also, I found it to be a hassle to have to switch extensions between games. One of the nice things about the Wii is that most games involve picking up the Wiimote and playing the game. With these attachments, game play becomes more elaborate.