Being burglary victim stinks. Besides the loss of one’s possessions there is also the sense of violation. As long as the thief knows a residence is empty they will take advantage of the situation. Home security systems are deterrents yet some burglars are brazen enough to break into a home with one of those. They just grab some small valuables and flee before any response from the security company can arrive.

Making a household look like someone is home at all times can significantly decrease the chance of being robbed. This is where today’s review item can be a great burglary deterrent. FakeTV from Opto-Electronic Design, Inc gives the effect that someone is home watching TV. It uses multi-color LED to mimic the light emissions of a 27” LCD HDTV. Plus all this is done with an environmentally friendly device which according to the manufacturer draws less power than a night light.

Leaving a light on a timer is fairly common and most thieves often are not deterred by that ruse and some actually appreciate their target being illuminated. FakeTV simulates a TV running making it more like the occupants are home watching a show. It runs off a built in sensor and timer to provide variations in making the home appear occupied.

FakeTV arrives in a plain cardboard box with a label on the side of the box with the FakeTV logo and a picture of a burglar noticing a TV flickering from a second story window. Inside the package we find the FakeTV, an AC power cord and an instruction booklet.

The first thing I noticed about FakeTV is how small it was. It is about the size of a portable clock and triangular in shape with the light emitting portion positioned at a 45 degree angle. 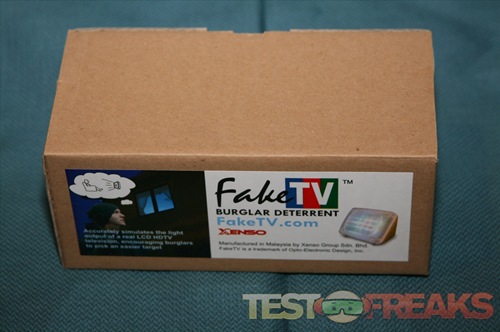 The front of the device has a frosted plastic face with a square of smaller sub-squares which are designed to diffuse the colored LED lights. On the rear of the FakeTV is the power switch which has four positions – off, Dusk +4 HRS, Dusk +7 HRS and on. The Dusk +4 HRS and Dusk +7 HRS indicate how long FakeTV will run once it becomes dark enough for it to activate. The on switch keeps FakeTV on but it does not activate until it becomes dark enough. FakeTV comes with an internal light sensor which allows the device to activate when it becomes totally dark (0.5 lux or lower). 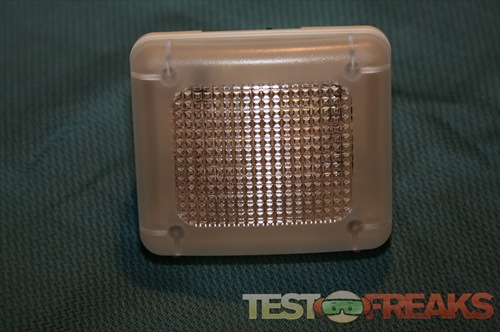 It is less concentrated than an LED flashlight due to the built in diffuser lens. What I found impressive was a device this small is able to emulate the light output from an average sized bedroom LCD HDTV.

-FakeTV makes it look like someone is home watching television

-The effects of scene changes, fades, swells, flicks, on-screen motion, and color changes and more are faithfully reproduced, and look just like they came from a real TV

-Most televisions do not work with timers– they turn on with push buttons. Burglars know this, making FakeTV very effective.

-Built in light sensor and timer

-Shift work, or some other reason you might be gone each evening

-Most burglars will not risk prison by breaking into an occupied house. So when a prowler sees that flickering glow that means someone is home watching television, he knows to move on to an easier target. But now you can outsmart him with a FakeTV FakeTV simulates the light output of a real television. When you are away, this conveys the impression of "alive" far more than a lamp on a timer ever could. Buy a FakeTV and make your home an unappealing choice for a break-in.

For testing I ran FakeTV in a bedroom with a 32” LCD HDTV for comparison. It is recommended to set up FakeTV on a horizontal surface aimed towards a window. It is important that FakeTV can not be seen from the street, so if placing it at a 1st floor location, make sure there is a translucent shade, drape or blind blocking visualization of the room. If running FakeTV on the 2nd floor or higher than keeping the window open will help sell the illusion of occupancy, just make sure that the device can not be seen from the outside in any manner.

Observing the window from the street and standing outside the bedroom with the door partially ajar I was unable to in distinguish the real TV from FakeTV. Obviously there is a lack of sound when just the FakeTV is running but unless the burglar is willing to get close enough to not hear audio the illusion of an actively viewed TV is maintained.

I tried to shoot some video of the FakeTV in effect but unfortunately the video came out too dark to show the effectiveness of the appliance. 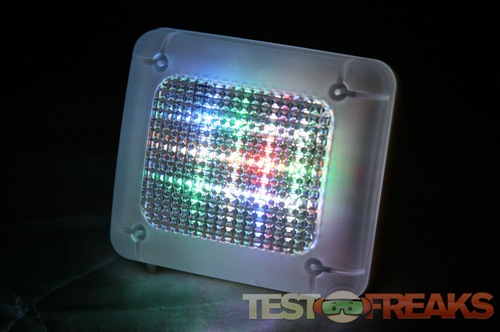 There are some caveats to using FakeTV. The first is not to use it around a nearby light as this will prevent the device from turning on using its internal light sensor. If it does turn on, the background ambient light will decrease the effect and visibility of the flickering multicolored lights.

FakeTV is one of those devices you wonder “why didn’t they think of that sooner”? It gives the impression of a lived in residence by replicating the presence of an occupant watching television. Running a TV while on vacation is not feasible as most modern TVs almost impossible to run on a timer. In addition running a HDTV unnecessarily will run up your electric bill and is bad for the environment. FakeTV emits the lights of varying intensity and color to provide the effect of an active TV while using the same amount of energy as a night light. It does not run off a program and the colors, intensity and sequencing of lights never repeats.

So if you are security conscious and want to give thieves the impression that your residence is not uninhabited at the moment, then FakeTV is the perfect device to use. In conjunction with a home security system and lights on timers you can have some additional piece of mind that your home is somewhat safe. 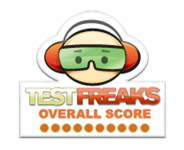