Security is a concern for everyone, even down to people like the average Joe, we live in a day and age where there are nefarious people who will jump at the chance to steal our personal information. Our security is one thing, but when it comes to enterprise or corporate security, things can get more involved, not only is personal information at risk but things like trade secrets, patents, company information and whatever sensitive data that people might be transporting to and from places. USB drives are excellent forms of transporting data, they’re small, lightweight and fast, but since they’re so small they can easily be lost, and along with them all of the as well.

Lexar has sent me over the JumpDrive Solo Vault 4gb USB drive, it’s an enterprise class device that features military grade security, AES 256 bit encryption that is FIPS 140-2 Level 1 certified, metal casing and everything is onboard the drive itself. Of course if that’s not enough, it’s fast, very fast, coming in a close second to the fastest drive I’ve got on hand, the OCZ Rally2 Turbo.

So continue on to learn more…

No video unboxing for you, it’s just basically a flash drive after all. The Lexar JumpDrive Solo Vault comes in everyone’s favorite sealed plastic clamshell package to secure the secure drive. 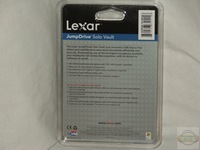 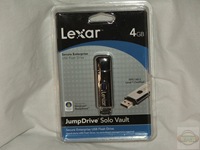 The drive itself is very well made, it’s got a metal housing that seems fairly tough, removable cap and a blue LED in the center. The cap stays on fairly well also. 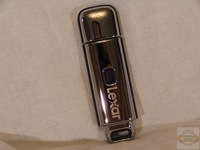 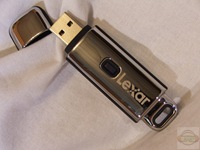 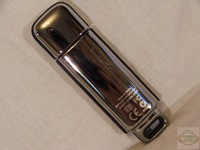 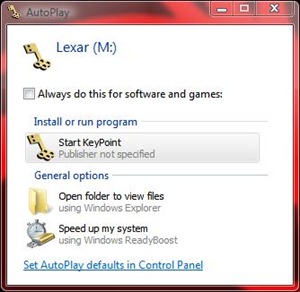 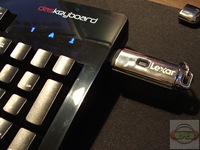 On first use you’ll need to agree to the TOS, and login with the default password, then you’ll be prompted to create your own password, along with a set of security questions. 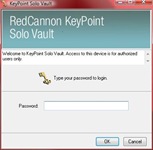 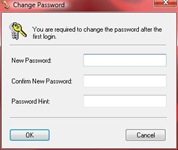 Once you’re through that, the main program will launch, and you’ll see a little pictures of a vault along with information about the drive itself. 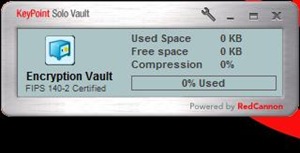 The small wrench in the top right corner is for settings, there are three options there, actually only one real option, but there are three tabs, you can change your password.

Double clicking on the vault opens the main program window. 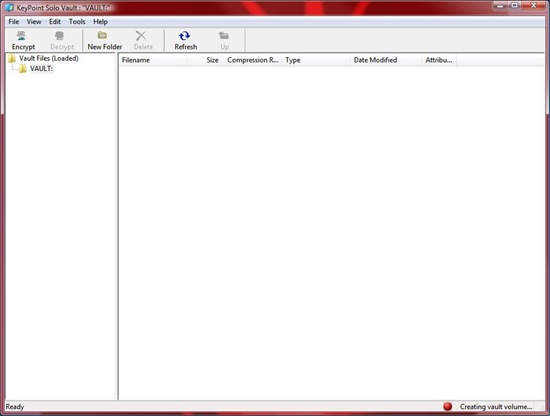 There aren’t many options of things to do here, as most things are done automatically for you really. There is a help section, and you can create folders as well in the vault if you wish. 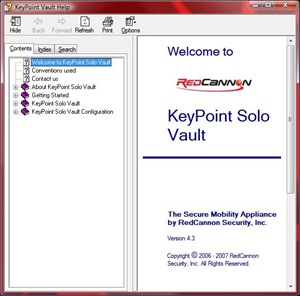 You can just drag and drop any files into the main window, they’ll be encrypted automatically for you. Depending on the size is how long it takes to encrypt a file. 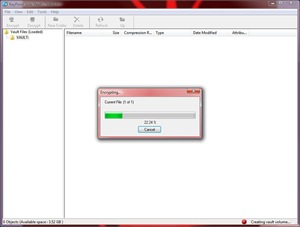 One thing I found interesting is that if you view the drive itself without running the program you can add files to it, then when you run the program it finds them and encrypts them, it does the same when you exit the program as well. So you can have public and private, encrypted areas on the drive. 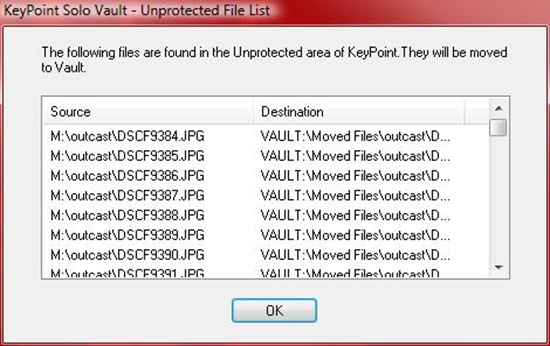 and I hopped on over to the 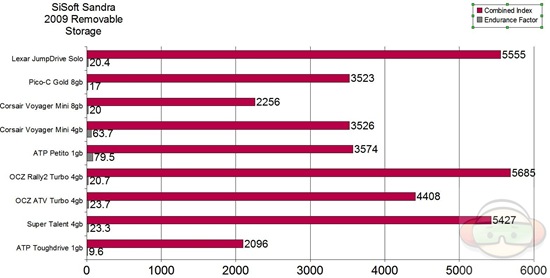 and I’m very much impressed with the transfer speed of this drive, it comes close to that of the OCZ Rally2 Turbo, which is the fastest drive I’ve yet to see.

Looking at the 256mb Files test:

We can see the Lexar Solo Vault is evenly matched with the others in terms of this type of file performance.

Using the Lexar JumpDrive Solo Vault is very easy, but of course if it’s not set to Autorun it sort of defeats the whole security encryption purpose altogether, if the person never runs the program then nothing is protected.

Conclusion:
The Lexar JumpDrive Solo Vault is an excellent product, it’s very well made with it’s metal housing, very fast, and of course the security features are great as well. The Solo Vault is easy to use and the fact that it automatically encrypts files left unprotected is a very nice feature.

But you’ve got to run the software to actually utilize the security features, if the computer the drive is being used on is not set to autorun then the program can be circumvented and files just dropped on the drive. I think Lexar should have locked the entire drive so that files could not be added at all unless the program was run, this would have made it much more secure. Most computers today though are set to autorun programs, only when the user changes the settings does that not happen, since this is an enterprise class product I would think that business or corporate would not allow users to change settings in their computers, so it might not be that much of  a problem really.

Cons:
If program is not run you’re not protected