Radiation in the movies and comic books may seem cool as it may provide superpowers such as the Fantastic Four or the Hulk. In real life radiation and prolonged exposures is known to cause cancer. This past August saw the publishing of Cellphones and Brain Tumors: 15 Reasons for Concern; a document authored by forty leading scientists warning about the use of cell phones and their emission of radiation.

Pong Research is a new company whose focus is on improving environmental health. This past week they released their first product the Pong Case for iPhone 3G/3GS. This is a protective case is designed to reduce the user’s exposure to radiation emanating from the cell phone. It is a silicon case designed with proprietary technology that directs the phone radiation away from the user’s head.

According to Pong Research their case decreases something called the specific absorption rate (SAR) by 60% and reduces intense hotspot cell phone radiation by 85%. Pong Research has an FCC-certified laboratory to support their claims. They plan to release a Blackberry model later this year with other cells phones down the line.

The Pong Research iPhone case comes in a cardboard package with the words reduce radiation on the front foldout cover. Behind this cover we see the features of the case on the left-hand side with the iPhone case visualized on the right through a plastic window which details how the device works. On the back are some facts about cell phone radiation and a few features about the case. 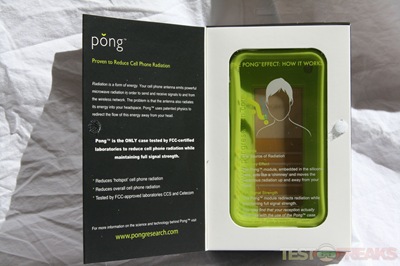 Upon initial inspection the Pong Case for iPhone 3G/3GS does not look much different from other silicone iPhone cases. It comes in either black or green and has nice rubbery grip. It feels like a rubber tire in texture. The case features openings for the camera, headphones, dock connector, and volume controls.

Once you look inside the case is where you will notice its difference from all other iPhone cases. 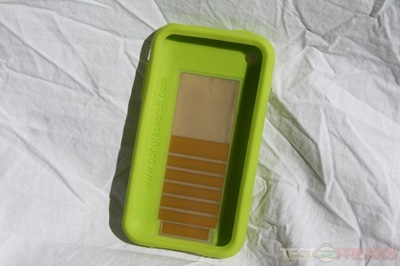 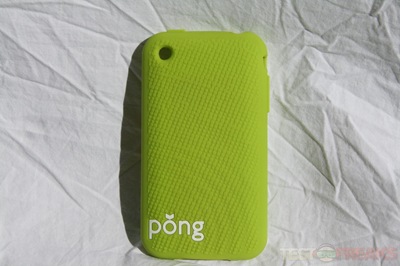 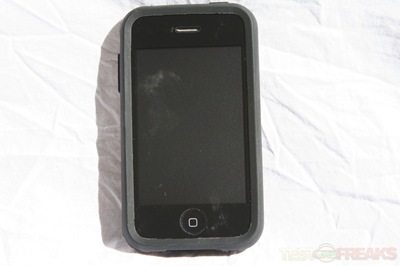 Access the iPhone was easy as all the switches and openings were readily available. Signal strength and phone functioning was not diminished with the Pong Research iPhone case on. 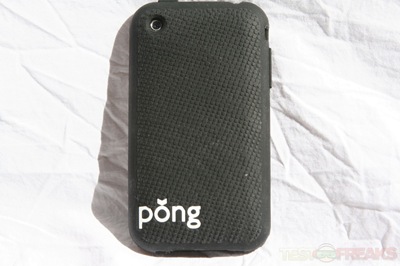 The Pong Research iPhone case feels durable in one’s hands and seems like you could withstand a fall from a moderate height. In fact, while I was testing this case I did drop it with my iPhone onto the cement. It landed on the corner edge of the case saving my iPhone from certain doom.

Unfortunately there is no way for me to test the radiation diffusing capabilities of the case. The fact that it was tested by FCC-approved laboratories CCS and Cetecom does make me feel comfortable in the validity of this product.

Cons:
-Add some weight to iPhone
-Only available in two colors
-Expensive compared to other silicone cases.