Early in my reviewing career I tested out several laptop stands and found most to be too bulky for carrying around. Today’s review item is a laptop stand from AViiQ and it is the smallest, most portable stand that I have encountered to date. The AViiQ stand was so highly regarded that it was selected as an Innovations Design and Engineering Award honoree in the Computer Accessories product category at the 2010 CES.

What differentiates the AViiQ laptop stand from the competition is the ability to fold down into a 1/4” thin plate. This allows it to be easily stored in most any laptop bag or even sleeve. An additional benefit of the AViiQ stand is that it offers the user ergonomic protection.


For this product AViiQ emulated the Apple model of industrial design and packaging. The AViiQ laptop stand comes in a long rectangular box covered by a cardboard sleeve with images of the stand along with a features list. 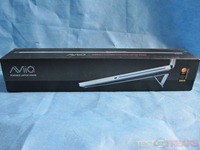 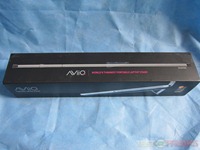 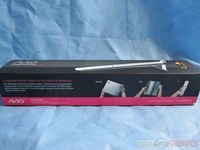 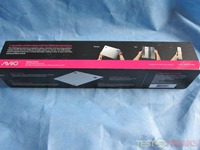 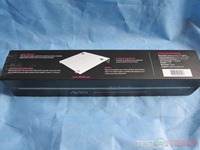 The outside cardboard sleeve appears like it slides off but for some reason I had to remove it using a letter opener. The physical box containing the stand is all black with the AViiQ logo in the front. The box opens to reveal the stand resting in the lower half of the package with the label – Portable Laptop Stand below it. The top section of the box has a pocket labeled Microfiber Bag. Besides containing the stand’s carrying pouch, AViiQ also includes two replacement silicone feet. 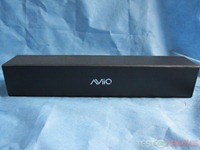 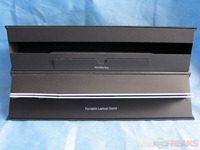 The AViiQ laptop stand comes packaged in its folded orientation. It has an appearance of aluminum but is actually composed of Hylite, which is a composite of aluminum and polypropylene making it lighter and more flexible while maintaining rigidity. It’s appearance matches the aluminum aesthetic of the MacBook Pro and MacBook Air models which is the market that AViiQ seems to be aiming for with this stand. 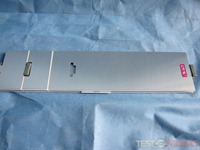 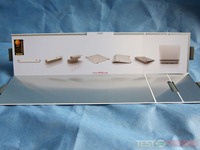 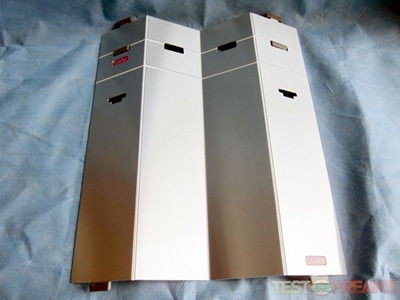 AViiQ includes a microfiber sac used to store the stand when not in use; it also doubles as a screen cleaner which is nice and handy. For those prone to losing things, there are two spare silicone feet included. 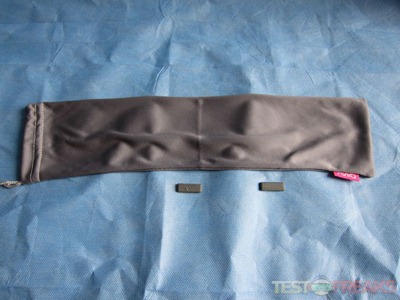 For travel the stand folds accordion style into four panels with thin rubber connectors in between the Hylite panels. According to AViiQ these joints were designed to be folded repeatedly with no signs of wear even after 5000 foldings.

Each panel section has two smaller foldable sections at the top that allows the stand to configure into a 12 degree angle for viewing and typing. The AViiQ stand can also be viewed at a negative 12 degree angle which is perfect for the times when the laptop is resting lower than one’s seated position. 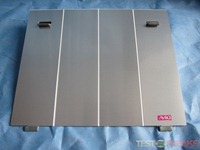 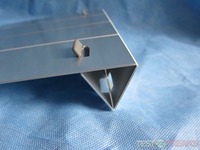 At the front and back of the far two panel ends are feet for resting the AViiQ stand and to keep it from sliding around on its resting surface. An embossed AViiQ logo is seen on the bottom right corner and back left corner of the folded stand. 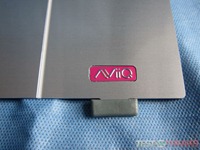 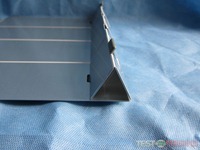 On the two outer long panels are openings for the two middle feet to lock the stand into position. These same notched feet also help elevate the laptop off the stand to help improve airflow. 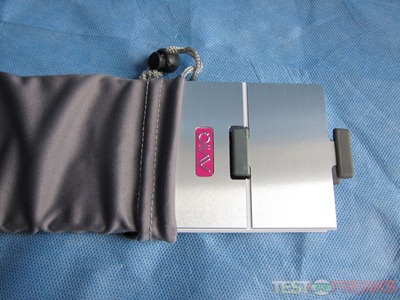 Visually the stand looks like it was cut from the same piece of metal as the MacBook Air. Typing on the MacBook Air at a 12-degree angle was comfortable as the keyboard rests in an ergonomic position. The theory behind this 12-degree angle is it allows the users hands to stay at a zero degree angle at the wrist, which is the recommended position when using a keyboard. 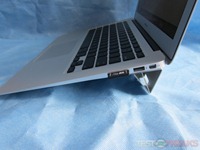 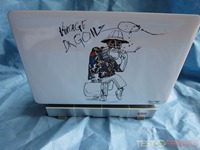 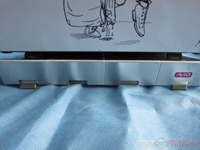 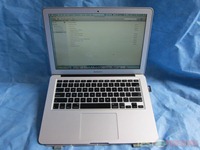 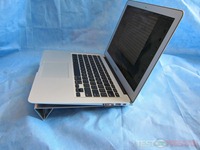 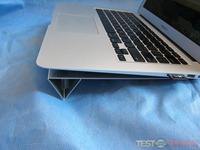 Temperature wise the AViiQ stand did help keep the MacBook Air cool with improved air flow surrounding the Apple laptop. The hinge area of the Apple laptop was noticeably cooler when resting on the stand.

It is pretty clear to me why the AViiQ laptop stand was a 2010 CES Design and Engineering Award honoree; its design is world class. It was designed to be portable yet functional and matches the Apple design aesthetic. Although it is one of the more expensive laptop stands, its portability makes it worthwhile.

Most laptop stands I have previously used rarely leave my house, as they are a chore to carry around. The AViiQ laptop stand is so lightweight and compact it can be easily carried in some as small as a laptop sleeve.

If you own a laptop and want to improve your laptop’s temperature while gaining ergonomic benefits then you should strongly consider getting the AViiQ laptop stand. I know this stand will be a constant companion for my MacBook Air for years to come.