To set up the Escort MobileTV receiver you’ll initially need to charge it for approximately 3 to 5 hours before using it for the first time. Plug the micro USB connector into the accessory with the standard USB side into a computer or other charging device. 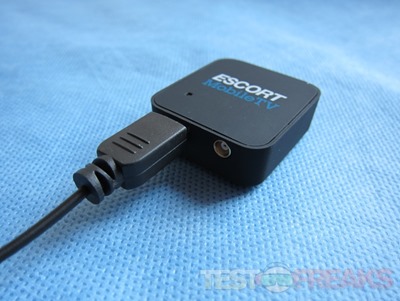 Once the charging indicator LED turns green then the device is fully charged. To watch TV on one’s iOS device you will need to download the free iDTV app from the App Store.

The Escort MobileTV uses the Dyle mobile TV service, which allows the user to watch live local broadcast television in select US metropolitan areas. You can check the reception map on the dial website to see if you have signal in your area. Be aware that currently the coverage map is rather limited, so make sure your area gets reception before buying the ort MobileTV.

Once the Escort MobileTV is fully charged plug the included antenna into the dongle and then simply plug it into your IOS device and open the iDTV app.

The app will guide you through the initial setup process. Once this is finished an automatic channel scan will occur finding all local channels that the Escort MobileTV is able to detect. 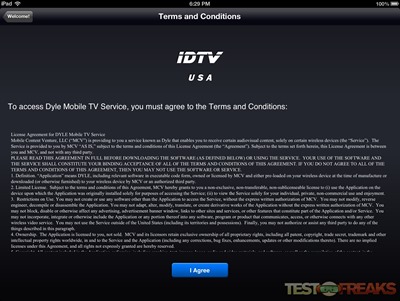 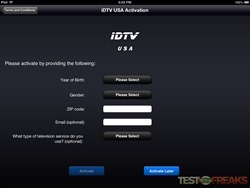 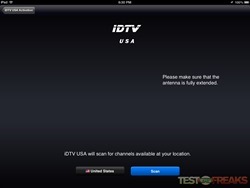 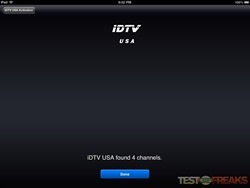 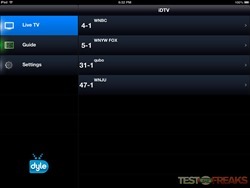 On the iPad, the main viewing screen has a live TV, guide and settings options on the left-hand side with the right-hand side taking up the body of the screen. On the smaller iPhone or iPod Touch the menu and screen layouts are slightly different. 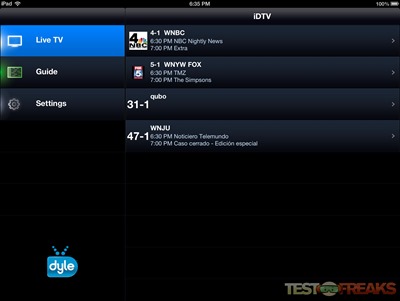 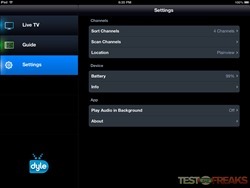 I tested the Escort MobileTV is a 3rd generation iPad and a 4th generation iPod Touch. Since I live outside the metropolitan NYC area I was only able to pick up four OTA channels – two network – NBC and FOX and two smaller independent channels including a Spanish one. The reception was good but like most OTA receivers dependent on where the antenna was aimed. 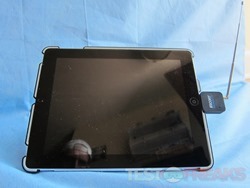 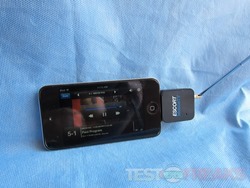 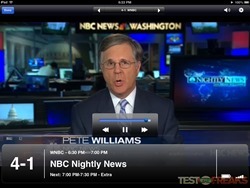 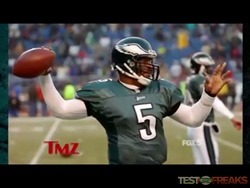 Having the ability to pause live TV is a nice feature but it only offers a ten-minute buffer and there is no recording capability. In terms of picture quality the programming I received was standard definition. On the newer iPad this was more noticeable than on the non retina display older iPod Touch.

The Escort MobileTV is handy if you spend a lot of times outdoors and want to catch a show or a sporting event.. Since my weekends are usually packed with outdoor sporting events with the kids, its nice to have the ability to watch something during the wait between their events. I’ve missed many a football game while waiting around on the field for my kid’s games to start. 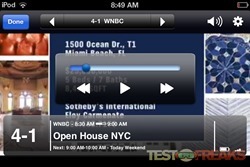 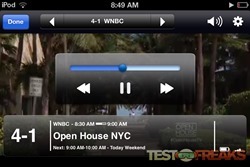 For those who travel you’re able to set up a channel list based on your visit: location. If the battery on the Escort MobileTV starts to run low you are able to switch from the device’s built-in battery to the IOS device’s battery via the iOS apps setting menu.