I’m reviewing the Harman Kardon BDS 880 which is a combined 3D Blu-ray player (the BDS 580) with its integrated 5.1-channel decoder/ 325Watt amplifier and the HKTS 65 speaker system. You’ll get everything you need to transform your living room into that home cinema experience you’ve always wanted (except the TV of course). If you think 5.1 isn’t enough, then you’ve the option to upgrade to 7.1. You can get the BDS580 separate to the HKTS 65, but I’m looking at the bundle which comes in one colossal box and is the “all-you-can-eat” of home theatre systems.

What’s in the boxes? 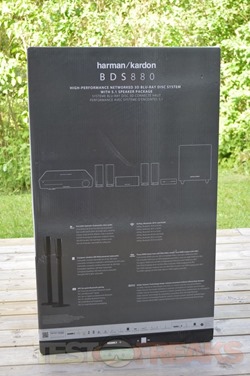 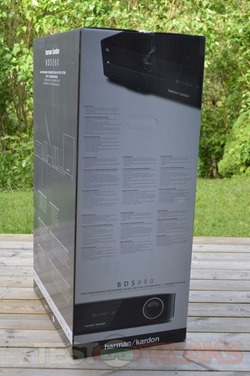 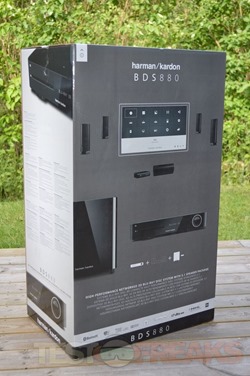 Unpacking the BDS 880 is a major task, allow yourself at least 30 minutes for this, and do it at a leisurely pace, you don’t want any accidents. Inside the gigantic outer box (weighing over 30kg), you’ll find two smaller boxes – one containing the Blu-ray / amp unit (the BDS580), and the other the speakers and sub (HKTS65). 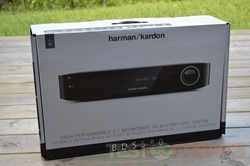 It’s beautifully packaged, with my only complaint being that the silica gel bag had split, spilling those little beads all over the place. There’s protective plastic on the Blu-ray unit, as well as on the HK logos on each of the speakers which should be peeled off.

Lifting out the box containing the Blu-ray player and opening it up reveals the instruction manual and underneath the player itself safe inside a nice soft wrapping. 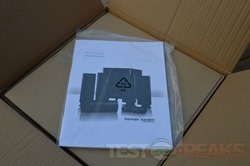 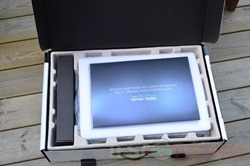 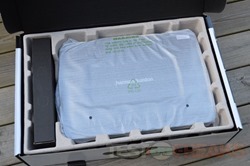 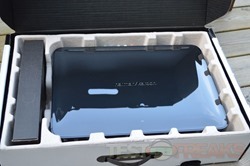 To the left you’ll see a thin box containing the remote, power cable, 3 AAA batteries, a HDMI cable, FM radio antenna, two booster antenna for WIFI and airplay plus a microphone device which is used to setup and test the system. 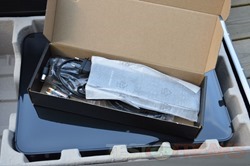 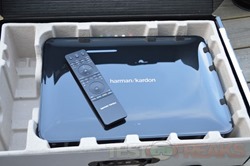 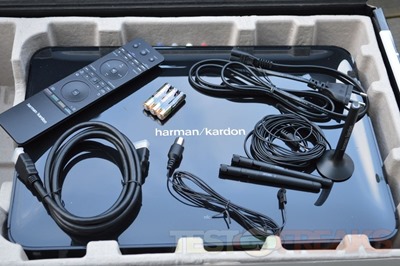 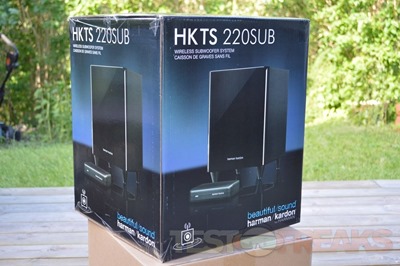 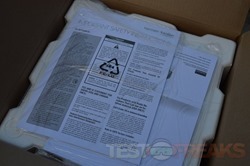 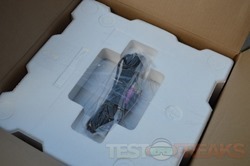 The plain box contains each of the 5 speakers individually wrapped. Then you’ll find another two boxes containing the wall brackets and speaker cable. 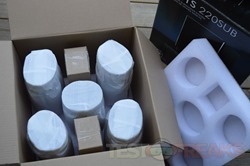 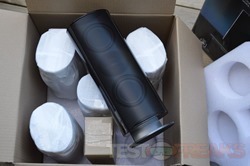 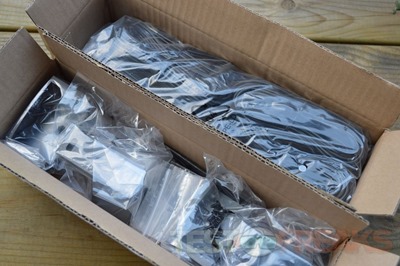 Finally you’ll have everything out of the boxes and wrapping and can at last admire the beauty of it all. 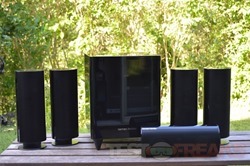 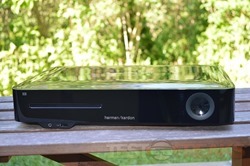 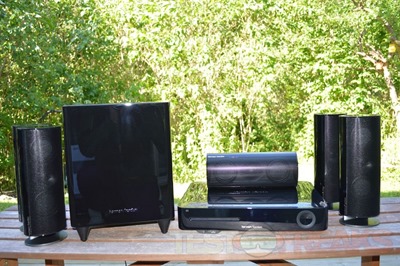 It’s damn shiny, annoyingly so when you are trying to take pictures of it. Every single component of the BDS 880 shouts out quality. Heavy and classy and everything emblazoned with the Harman Kardon logo. Quality like this doesn’t come cheap, expect to pay £1300 ($2300, €1700) or thereabouts. The courier struggling up the path with this humungous box was envious I could see, he even commented on a Harman Kardon system he still had from the ‘70’s – still going strong. This made me chuckle.