Today I’ve got a quick review for you of something that’s not exactly exciting but it’s something I think we all use and need at sometime or another. I’ve never heard Integral, or at least I don’t recall the name, but I have their 16gb Ultimapro Class 10 SDHXC memory card for review today. 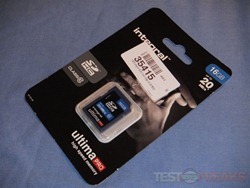 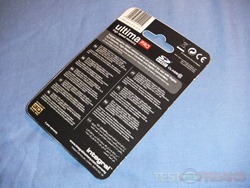 Inside you’ll just find the card and a plastic case for carrying and protection. 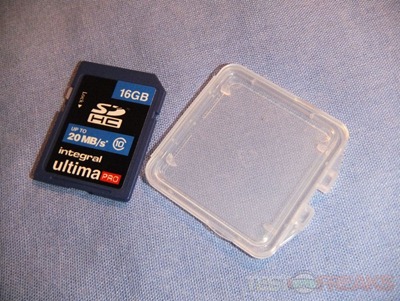 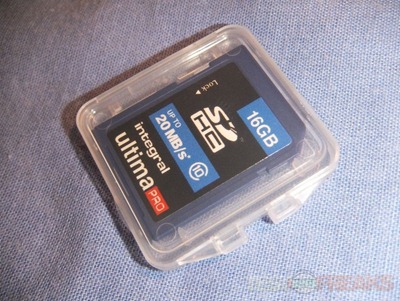 The looks like any other SD card and it can lock via the slide on the side. 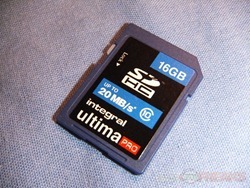 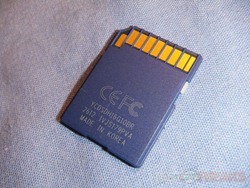 I don’t use many SD cards, just in my camera and that’s it. My other camera uses XD cards actually, and I’ve got a lot of microSD card which I use with adapters for my other camera and devices that need SD cards.

For a long time I’ve been using the ATP 4gb SDHC card in my main camera which is a class 6 card, so I have that for comparison at the moment. Going from 4GB to 16GB is a nice upgrade I think. 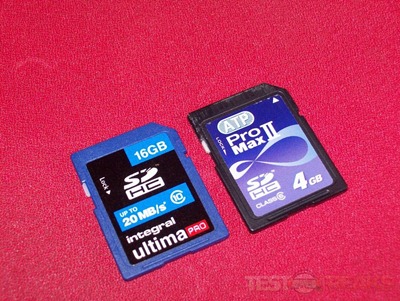 A class 10 SD card is rated for speeds of up to 10 mb/s so keep that in mind when you look at the test results below.

The first tests I ran were ATTO Disk benchmark: 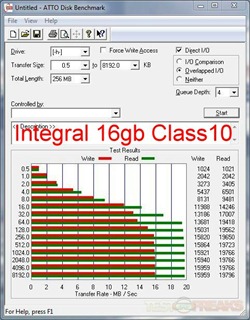 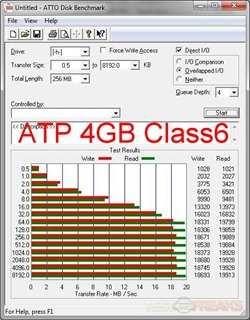 The Class 6 card actually seems faster, especially when it comes to write speed but I think the write is a bit more important when it comes to an SD card you’ll be using in your camera to record movies and pictures. The read speeds are actually very close but the ATP comes out ever so slightly faster.

If we take into account the rating for the card, which is class 10, we should see at least 10 mb/s and we see well more than that with the Integral for both read and writes. The 20mb/s spec seen on the card itself is their own rating. 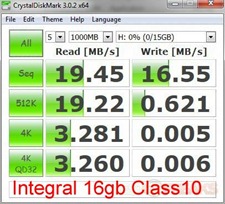 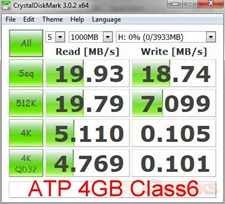 Again as you can see the read speeds are very close here. The ATP card is about 2 mb/s faster in terms of write speeds.

According to SD card standards, you need a minimum class 4 card for HD video recording and that’s only 4 mb/s so I think the Integral meets that. A class 10 card is used primarily for the ability to record HD video and HD still pictures at the same time and it should hit at least 10 mb/s for sequential write speeds, which both of these card do actually. I don’t think my camera can do that though at least I’ve never tried it nor have I ever had a need to really.

Conclusion:
The Integral UltimaPro 16gb Class 10 SDHC Memory Card performs very well, it performs above the rated specs which is something I like to see in any product really, not just a memory card. So if you’re looking for a large capacity card that performs over specs then I think you’ll be happy with this one, I know I am.

The price is a is a bit on the high side when compared to other 16gb Class 10 cards on the market at the moment, but not that much. I guess it just depends how well those Class 10 cards compare to this one if it’s really worth it or not.

Cons:
-A bit on the expensive side when compared to other cards on the market