Kingston’s HyperX brand originally garnered its reputation making high-speed memory for PC enthusiasts. During this past year Kingston has been branching the HyperX labeling into other products; most recently with their SSD drives and now with today’s review item – the DataTraveler HyperX 3.0.

This USB 3.0 based thumb drive is their fastest model to date. It features blazing read/write speeds of 225 MB/S and 135 MB/S. Kingston designed the DataTraveler HyperX 3.0 with 8-channel architecture allowing for storage capacities of up to 256 GB.

Besides the functional aspects of the drive, Kingston’s HyperX design is just plain cool looking.

The DataTraveler HyperX 3.0 comes packaged on a plastic blister card with the drive visualized on the front along with the Kingston HyperX logo. On the back of the package is a list of features in several languages. 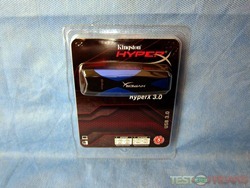 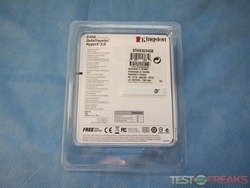 Inside the package we find the DataTraveler HyperX 3.0 USB drive, a lanyard and installation/warranty card. The drive is composed of an electric blue metal surrounded by a rubberized black material with the HyperX logo imprinted on the top of the casing along with the drives capacity and the Kingston head logo. When the drive is plugged into a PC a blue LED under this head logo illuminates during drive activity. 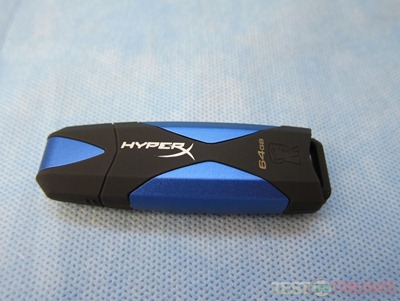 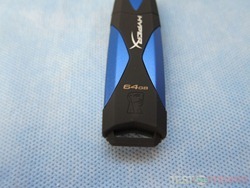 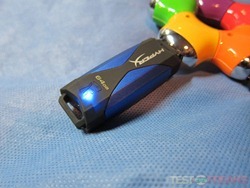 On the underside of the drive is an embossed Kingston name. A detachable cap that is removed by pinching the sides and can be stored on the backside of the drive covers the USB component of the drive. This backside also has an open area for attaching the included lanyard. 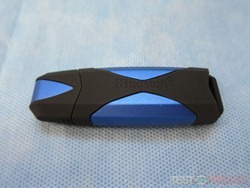 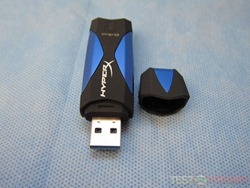 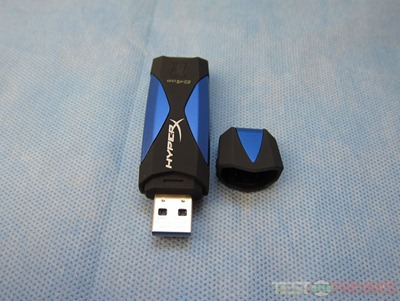 In terms of size the HyperX USB 3.0 is comparable in length and thickness to the Kingston DataTraveler Ultimate USB 3.0 drives. 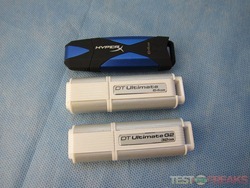 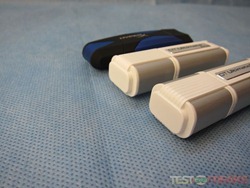 HyperX performance, capacity and style in a USB drive
Power users have long known HyperX as the innovative brand from Kingston Technology and the new DataTraveler HyperX 3.0 Flash drive continues this tradition by featuring the fastest speeds and largest capacity Kingston offers for portable storage.

Featuring a high-speed 8-channel architecture that provides USB 3.0 data transfer speeds with capacities up to 256GB, DataTraveler HyperX 3.0 is the perfect solution for expanding a notebook’s storage and for quickly storing, transferring and backing up any digital lifestyle. Users will save time associated with opening and transferring large files and applications between devices.

The Kingston HyperX USB 3.0 drive comes preformatted in FAT32 allowing it to work with Windows XP, Vista, Windows 7 or OS X once plugged into a USB port. The drive is backwards compatible with USB 2.0; however to take advantage of its speeds you’ll need a USB 3.0 connector on your machine. 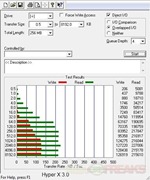 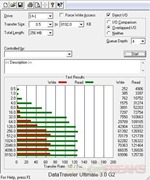 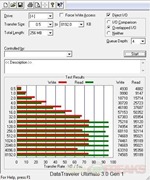 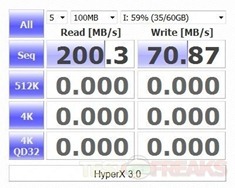 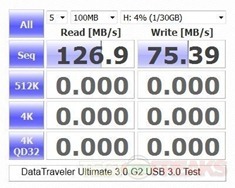 Addendum – I just finished rebuilding my Asus P8P67 Pro Machine using the latest BIOS and drivers.  One thing that bothered me during this review was the abnormally low write speeds reported in the Crystal Disk Mark results.

I decided to re-run the Sequential test on the rebuilt platform and discovered a write speed of 110.4 MB/s which was more in line with the Kingston specs.  The take home is making sure your hardware is up to date when benchmarking these things. 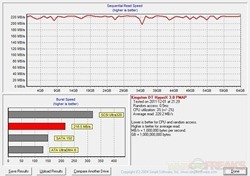 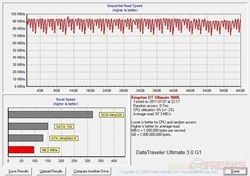 On a USB 2.0 connection the HyperX 3.0 USB had expected speeds in the 30’s MB/s for both read and writes. 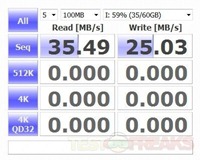 
If you already take advantage of USB 3.0 technology than the HyperX 3.0 USB drive is the one to get. It is the fastest USB 3.0 drive that I’ve come across and its read/write speeds are terrific. In addition the blue and black HyperX style makes it a slick looking thumb drive.

Obviously for this performance you will currently pay a premium as this drive is currently priced at $149 at Newegg. Like most USB drive technology, expect the price of this drive to trend lower in the coming year. If you are looking for a svelte USB drive then you may want to look elsewhere; however if speed is what you desire then you’ll want to get the HyperX USB 3.0.