Built in computer speakers especially in Apple products tend to sound weak and lack punch. Today’s review item is designed to address this issue while adding some style as well. Palo Alto Audio Design created the Cubik speaker system to provide hi-fi audio to your MacBook, MacBook Pro, iMac, Mac Mini or Mac Pro machines. These speakers can also be used with PCs but Palo Alto seems to be primarily targeting the Apple market.

The Cubik speakers connect directly via USB making them pure digital speakers. Most speakers connect via an analog jack especially on Apple computers thus requiring digital to analog audio conversion. Palo Alto sidesteps this process with a direct digital connection using USB. Plus the unique cube like design give these speakers a sense of personality.

The Cubik speaker system comes in a white cardboard package with pictures of the speaker paired with a MacBook Pro on the front and a picture of a single speaker on the back. On the bottom is some information about the device and company in six languages. The outer box is actually a sleeve which when slid off reveals a white box with the Palo Alto logo. 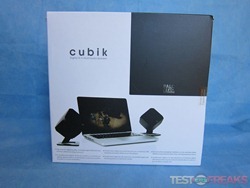 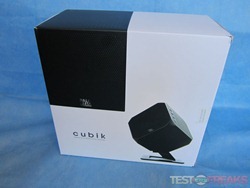 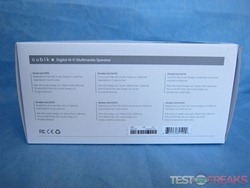 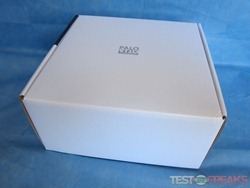 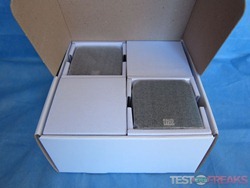 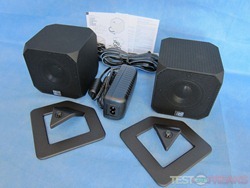 At first glance the speakers live up to their name as they are cube shaped and measure 6.5” x 2.88 “x 3.32” and weigh about one pound each. The Cubik speakers come in all black with a rubbery dimple textured exterior. A black metal grill covers the front of each speaker with the Palo Alto logo on the bottom part. Through the grill the 2.5” driver is visualized along with an LED on the right speaker. Each corner tapers into a smooth triangle giving the speakers their unique shape. 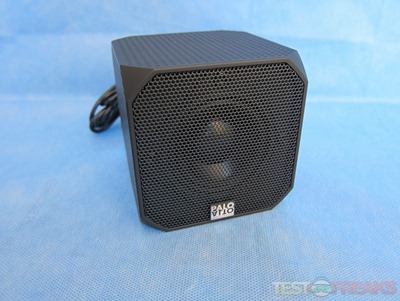 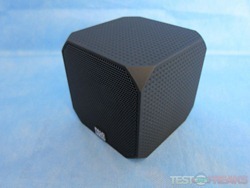 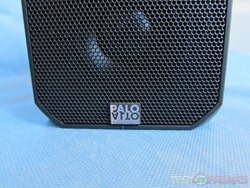 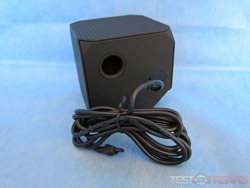 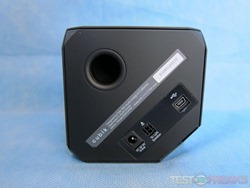 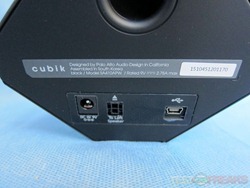 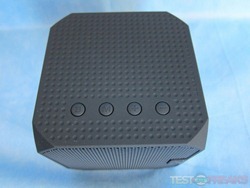 One thing missing from this speaker system are a headphone jack or secondary input jack. Since the only way to connect the speakers to a sound source is via a USB connection the Cubiks can only be used for PC or Mac.

Palo Alto Audio Design includes two solid black metal bases for mounting the speakers. The speakers rest on these bases at an upward angle typically towards the users head when sitting at a desk. 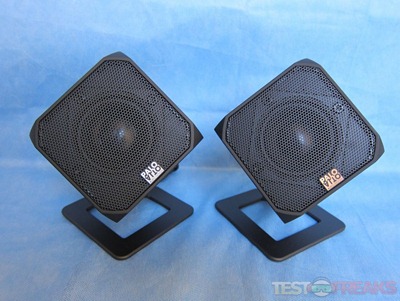 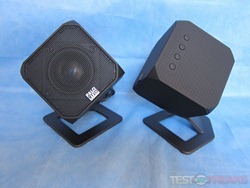 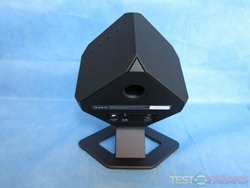 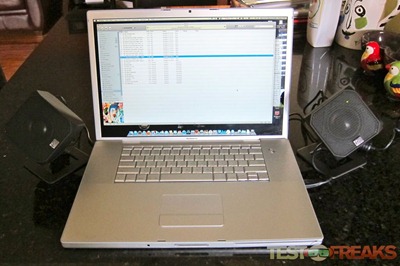 On the Mac the speakers were immediately detected while the Windows 7 machine it took a few seconds for the drivers to be detected and installed. On either machine make sure the audio output is set to the Cubik USB or else you may not hear any audio from these speakers. 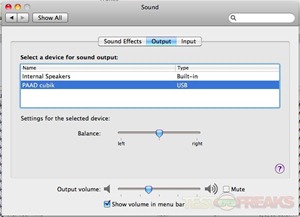 The Cubik speakers lack a power switch so if there is juice coming from the USB port that it is attached to then the power LED light on the right speaker beneath the grill will illuminate. This light turns red when the speakers are muted or when the bass button is activated. 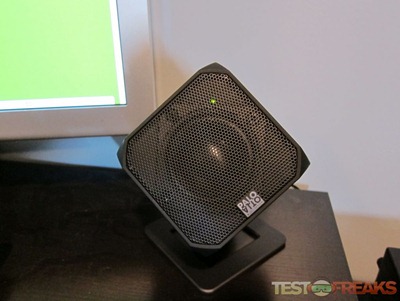 To get a full overview of the Cubix acoustics I played a wide variety of musical styles and viewed a few movies for testing. While the design and appearance of the Cubik’s is high quality and elegant the sound playback is less than optimal. Songs that are heavy with deep bass or percussion tend to overwhelm the 2.5-inch drivers inside of the speakers. Distortion would occur with hip-hop, heavy metal and electronic music; even when the bass button was depressed even mid volume music started to buzz. While watching an explosion heavy film such as Mission Impossible 3, the louder action tended to distort as well.

This issue would probably be remedied with the addition of a subwoofer creating a 2.1 system. Apparently the tight speakers are just not designed to deal with thumping bass.

When thinking of USB connected speakers one would assume they would be portable and easy to transport. The reality is that they are no different from most other PC speaker setups.

Appearance wise the Cubiks are very nice looking speakers. The controls are easily accessible on the right speaker.

The Cubik speaker system is trying to provide an aesthetically appearing and pleasing sound system. The problem is not with the form of the Cubik speakers as they are quite striking and stylish but with the function. The speakers just don’t seem to handle the rigors of deep bass, heavy percussion as source audio especially at higher volumes. While the direct digital connection is nice the playback can still be distorted or buzzing at times.

Another possible roadblock for some buyers is the price. There are comparably priced speakers on the market that handle bass playback in a better fashion than the Cubiks.

Since the main role of speakers is to reproduce sound no matter how nice they look, it is the soundstage that holds the most weight. Palo Alto Audio Design gets high marks for design but need to work on the acoustics some more.

← Reading Rainbow Is Back And It’s An iOS App!
Nintendo Announces 3DS XL →