A meme (which rhymes with dream) according to Wikipedia is,

a postulated unit or element of cultural ideas, symbols or practices, and is transmitted from one mind to another through speech, gestures, rituals, or other imitable phenomena.

In layman’s terms a meme is an item of pop-culture that is spread via word of mouth or today, by email and instant messaging.  Like a viral video that keeps being parodied or a photo being photoshopped again and again.  Memes are usually fun and entertaining but from time to time – downright annoying.

Here are some of the most popular Internet memes:

Keyboard Cat meme – the original video was created by performance artist Charlie Schmidt and uploaded to YouTube on June 7th, 2007.  Fast forward almost two years to 2009 when Brad O’Farrell used a clip from Schmidt’s video to express a moment of Fail in his own video, “Play him off, Keyboard Cat.”  So Keyboard Cat is now added onto the end of “fail” videos as a punch line.

Ashton Kutcher announced on Twitter that keyboard cat was his favorite new video.  Then on The Daily Show Stephen Colbert messes up and the Keyboard Cat mocks him – with Colbert challenging him to “keyboards at dawn. ”

And on May 7th, 2009, the news that the cat, Fatso, died a year ago and the keyboard cat original video was recorded nearly two decades ago (late 1980’s/early 1990’s) broke, according to CNN.  But I’m predicting we haven’t heard the last of Keyboard Cat.

Flash Mob meme – okay, this is my personal favorite meme.  And if I ever get the chance to participate in one… you better believe, I’m there!  A flash mob is when a large group (preferably hundreds) of people come together in what appears to be spontaneous behavior in unison.  Either in dance, song, pillow fights, freeze frame and more.

The choreographed group scenes usually take place at high profile landmarks.  Many companies have gotten into the act using ‘flash mobs’ as a promotion tool.  They’ve also become main stream by appearing on the Showtime series Weeds.    And recently Oprah had her own flash mob in her season premiere, as her audience sang and danced with The Black Eyed Peas. Simply put… Flash Mobs are fun, cool and entertaining… especially to the unsuspecting bystanders.

Kanye Interrupts/Imma Gonna Let You Finish meme – one of the newest memes, Kanye Interrupts began at the 2009 MTV Music Awards.  As Taylor Swift is announced the winner of Best Female Video, Kanye West jumps in front of her steals the mic, and tells the crowd that Beyonce’s video should have won, as it IS “one of the best videos of all time.” He then handed the mic back to Taylor and stormed off the stage. Because Kanye had taken up Taylor’s time, the show cut to commercial before she could continue.

Later that night, Beyonce won Best Video of the Year (shows what a class act she is) and asks Taylor Swift to come up and give the speech that she did not get to give earlier.  By Monday, Kanye’s interruption was all over main stream television.

YouTube user freeyourpixels created a mash up of Kanye interrupting President Obama. President Obama spoke before Congress about Health Care reform and during the speech, Republican Representative Joe Wilson heckled the President, interjecting with “You Lie.”  So by combining these two interruptions together into one parody video, and being the first to do so, freeyourpixels became the number one most viewed Youtube channel of the day, and the video was viewed over 1.5 million times in under 24 hours.  Approximately 80 people re-uploaded freeyourpixels video.  With dozens of Kanye Interrupts videos created since.

By the night of September 13th and morning of the 14th, people on forums across the Internet began photoshopping Kanye onto dozens of backgrounds. How do you do your own Kanye Interrupts?  Photoshop Kanye into your image and type – “Look [insert name here], I’m really [insert adjective] for you. Imma Let you finish. But [insert name] is the [insert hyperbole] of all time.” – onto it.

According to knowyourmeme.com, it is safe to say that not only did Kanye’s interruption overshadow anything Kanye West has ever done before.  It has spread the farthest, propagated the furthest, and changed the most in the shortest amount of time when compared to other Internet Memes. 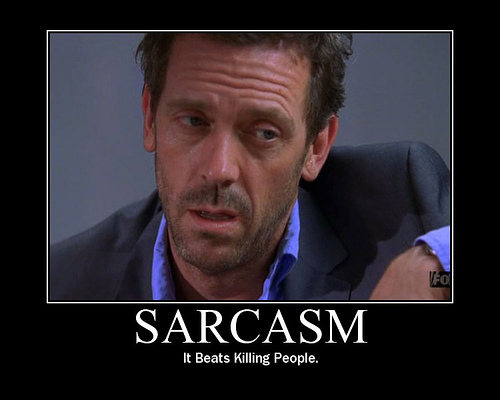 Chuck Norris Facts meme – are sardonic facts about actor and martial artist, Chuck Norris, that have become an Internet phenomena… so widespread to be a meme.  The facts are usually ridiculous embellished claims regarding Chuck Norris’ virility, masculinity, toughness, etc.

The facts typically make Norris out to be superhuman.  For example,

Chuck Norris facts first appeared on the Internet in 2005. Conan O’Brien started making jokes on his late night show about Norris (particularly, Walker, Texas Ranger) and is credited with inspiring the Internet fad.  Every time this meme starts to slow down something happens to give it momentum again.  The latest was with the 2008 Presidential election – Norris was a supporter of Presidential candidate Mike Huckabee and did an ad parody, ‘Huckabee Facts’.

The Rickroll meme – I have a friend that has rickrolled me so many times, you’d think I wouldn’t fall for it anymore… but alas, he finds a way to trick me every time.  Rickrolling involves the music video for the 1987 Rick Astley song “Never Gonna Give You Up”.  The meme in this situation is the old ‘bait and switch’.  The unsuspecting recipient receives a link pertaining to a topic at hand, and when clicked on takes them to the Rick Astley video – and you have been ‘rickrolled’.

Rickrolling came about according to Wikipedia,

The practice itself is said to have begun as a variant of an earlier prank from the imageboard 4chan known as duckrolling, in which a link to somewhere (such as a specific picture or news item) would instead lead to a thread or site containing an edited picture of a duck with wheels. The user at that point is said to have been “duckrolled”.

The first known instance of Rickroll occurred in May 2007 on /v/, 4chan’s video game board, where a link to the Rick Astley video was claimed to be a mirror of the first trailer for Grand Theft Auto IV (which was unavailable due to heavy traffic). The joke was confined to 4chan for a very brief period.

By the following year it had spread beyond 4chan to become an Internet meme… with more than 18 million adults to date having been rickrolled.

By the end of 2002, Peanut Butter Jelly Time made its debut into the mainstream media when popular NBC sitcom Ed showed the main character Ed watching the flash animation during one of the episodes.  Over the course of 2003 the animation showed up on any site that showcased viral content.  And then in 2005 new life was breathed into it when PBJT was featured on an episode of Family Guy, with Brian the Dog doing his own rendition of Peanut Butter Jelly Time.

Don’t Tase Me Bro meme – on September 17, 2007, Andrew Meyer confronted Senator John Kerry at a speech at the University of Florida about Kerry’s involvement with the organization known as Skull & Bones. The encounter ended with Meyer being forcibly removed by police and tasered repeatedly, during which time he screamed the famous phrase “DON’T TASE ME BRO!”

Thus another meme was born.  Many remixes were made… one of my favorites is Andrew Myer vs. MC Hammer.  The phrase ‘Don’t Taze Me Bro’, according to Wikipedia, was so popular that The New Oxford American Dictionary listed “tase/taze” as one of the words of the year for 2007.  The Yale Book of Quotations designated the same quote as the most memorable quote of 2007.  The phrase can even be found on T-Shirts.

Lolcats meme – is another one of my favorite memes.  The lolcats iz pictures of cats using bad grammar but the cats are so cute and the captions so funny you can’t help but laugh.  According to Wikipedia,

it’s an image combining a photograph, most frequently of a cat, with a humorous and idiosyncratic caption in (often) broken English—a dialect which is known as “lolspeak” or “kitty pidgin” and which parodies the poor grammar typically attributed to Internet slang. The name “lolcat” is a compound word of the acronymic abbreviation “LOL” and the word “cat”. A synonym for “lolcat” is cat macro, since the images are a type of image macro.   Lolcats are designed for photo sharing image boards and other internet forums.

If you’d like to make your own Lolcat pic – you can go to icanhascheezburger for a step by step guide to making your own.  Have fun, be creative and share your lolz!

Facepalm meme – just as the name implies… it is the act of placing one’s face into one’s hand.  It’s a gesture of non-communication that expresses dismay at someone’s lack of common sense or simply over a “wtf” moment.  One of the most popular images of facepalming is of Captain Jean-Luc Picard from Star Trek the Next Generation, clutching his face in disbelief.

So the next time someone says something stupid on the Internet (where it’s difficult to show emotion) or so ridiculous that it leaves you speechless… just facepalm them.

Three popular Internet memes that I am going to give a brief mention to is, Tub Girl, Goatse and Two Girls and a Cup.  You are more than welcome to do a Google search yourself… it is difficult to find the original videos.  In fact, the memes that go around now are actually videos of people’s reaction to watching the videos. These memes used shock value and gross and disgusting images and I have no desire to see the videos but as I said feel free to check them out if you so desire.

There are dozens of memes floating around from past to present… just waiting for the next viral meme to replace the last.  Several Internet celebrities have been born from what some call memes – you can find some of them here.  In the “great” words of Kanye, “Look  Rickrolling meme, I’m really sorry for you. Imma Let you finish. But Kanye’s Interrupt meme is the best meme of all time.”

If you don’t see your favorite meme here… share it with us.