Blackjack is one of the most popular and loved casino games – and it has been for centuries. Whether it’s down to the ease of learning rules or the super-low house-edge, and whether you’re playing in a land-based casino or online, we just can’t seem to get enough of it. Understandably, over the years, there have been plenty of big winners – and no doubt, some of those have remained anonymous, so we can’t learn their stories. But here, we have compiled four of the biggest winners and if you think you can rival any of them, check out: https://games.paddypower.com/. 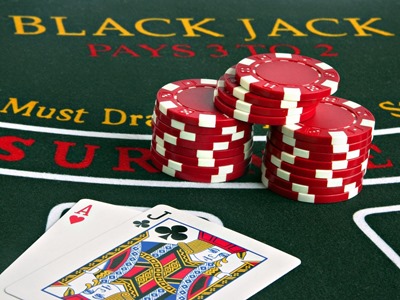 The MIT teams were world-renowned and have even been portrayed in a number of movies, including 21, starring Jim Sturgess and Kevin Spacey. They were considered the first real winners of blackjack by counting cards and while they may not have won the largest sums of money at a single time, their story is impressive, nonetheless.

The team once won $500,000 in one night, but over the decades of the 1980s and ’90s, they took millions from casinos. Led by Bill Kaplan, the teams were made up of groups of MIT students and graduates – and it wasn’t long before casino owners wised-up to their tricks. In fact, it was because of the MIT teams that casinos introduced electronic card shuffling machines.

While the feats of the MIT teams may be impressive, one man on his own can trump them: Don Johnson. He wasn’t a card counter, but instead negotiated his own rules which saw him get an edge over the casinos. Over a six-month period, between December 2010 and April 2011, he won a total of $15.1 million playing blackjack in multiple casinos in Atlantic City.

He followed up a $4.2 million win at Caesars with a second success later that month, this time at the Borgata Hotel Casino & Spa where he collected just shy of $1 million in winnings. Borgata proved to be a lucrative spot, with another two wins amounting to $1.8 million and $2.25 million, respectively. His luck continued with a hefty $5.8 million at Tropicana Casino as well.

His trick? Taking advantage of every favorable house rule.

Kerry Packer had a pretty extraordinary gambling career, whether it was winning big or losing big and he was considered one of the highest-rollers in casinos at the time – so much so, he features twice on our list.

The first win of note was in 1991, when he visited the casino at the Las Vegas Hilton Hotel. He was sat at one of the public tables when he won $7 million in one night and it wasn’t long before he returned the following year for another crack. This time around, the Hilton had a special room made for him – and after that, he went on to try his hand at a number of other Las Vegas casinos.

If you thought his last feat was impressive, then his second accolade was bordering the extraordinary. Packer had become quite the regular on the Las Vegas strip, often holidaying there and on this occasion in 1995, his casino of choice was the Las Vegas MGM Grand. He was reported to have played up to eight hands simultaneously at the blackjack table, placing bets of $250,000 each time. He ended up winning 20 times in a row and within 40 minutes, he left the table cashing-out a rather tasty $20 million. Allegedly, he even left $1 million of that as a tip for the croupier!

← Is the New Overwatch League Homestead Structure the Future of eSports?
How to Improve Your Product Video – Checklist You Can Use to Review Your Own Video Or Help a Client →