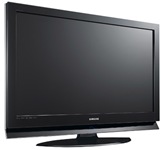 Half the people I encounter don’t know what LCD stands for, and even less really know what’s going on inside that rectangle they spend hours peering at every day. With the rise of HDTV, Blu-Ray, hi-def gaming and the digital switch, LCD TVs are becoming the standard and are found in more common homes with each passing day. With it reaching that level of popularity in society, it is important to have a basic understanding of how it works.

So, dear sweet readers of the Test Freaks Blog, let’s today examine LCD televisions – what they’re made of, how they’re put together and how they work to bring you crisp, vibrant images. As usual, I’ll try and convey what is a very complex procedure as simply as possible. Next time you’re sitting on your couch with a six pound bag of M&Ms watching a Snuggie infomercial, you’ll understand how that image is made possible.

LCD stands for Liquid Crystal Display. This technology isn’t only in televisions. It’s actually been around for quite a while, and can be found in everything from watches to calculators. These days, LCD is the big thing for computer screens, cell phones and televisions. They’re the perfect technology to keep up with the rapidly growing demands for better picture quality. Thinner and way less power hungry than our former CRT (Cathode Ray Tube) monitors, LCDs just offer all sorts of benefits.

So what’s a liquid crystal? That sounds as if it hardly makes sense, like calling something a crunchy marshmallow or dry water. The reason is because liquid crystals truly are liquid crystals – they are not completely a liquid, nor completely a solid. They behave like solids in the sense that their molecules maintain their overall shape, but behave like liquids in the sense that their molecules move around and reorient like molecules in a liquid. They’re sort of a little bit of both, which is what makes them so special. Liquid crystals are also used to make thermometers, because they are very responsive to heat. They change based on temperature; a fact that you could use to classify them more towards the liquid end of the spectrum than the solid end. Heat up a rock, and it’ll be the same. Heat up water, and it changes. Heat up liquid crystals, and they don’t completely change, but they will alter themselves.

Crystals are really just twisted molecules that allow light to pass through them to create a certain amount of light through. They respond well to electricity – the more you apply, the more they un-twist, and the amount of light that can shine through changes.

Polarization is a technique that blocks light that vibrates in a particular direction. Light is naturally beaming all over the place, every which way, like a big collection of craziness. But, we can use filters that allow allow light vibrating a certain way to pass through – like the way sunglasses work. If you block all the light that is vibrating any way aside from vertically, by creating a filter that only has vertical openings, you’ve polarized the light.

Polarized glass is the first ingredient for LCD TV assembly. One side of the glass is polarized, and the other side is covered with microscopic indentations moving in the same direction as the polarized film on the reverse. A coating of liquid crystals is applied, and the magic of science and polarity will cause the crystals to align properly. A second sheet of glass is placed on top, facing the polarizing film 90 degrees to the first sheet. The layers of molecules will twist and line everything up perfectly at a 90 degree angle.

If it’s not, then electric current has been added to the liquid crystals. This will, as we stated before, twist them. This alters all the angles and makes the light beam that passes through no longer match the second polarized filter, which will allow less light to show and make that area darker.

Now, let’s simplify all that science-speak a little. There is a light at the back of an LCD TV that shines out towards you when you watch. In front, we have pixels – every dot of color that builds your image – made out of the liquid crystals. Since the two polarized sheets of glass are laid with one 90 degrees from the other, the pixels are dark in their natural state. Fortunately, those liquid crystals in between the glass sheets can be electrically charged and control the twisting, as we know. Each pixel is controlled by a thin film transistor (TFT) that turns it on or off repeatedly, tons of times every second.

So how does that make color?

Each pixel is divided into three sub-pixels – red, green and blue. The angle of the twist determines which color the pixel becomes. If you’ve heard of a TV’s refresh rate and read about motion blur and other concerns that are now more a problem of the past with LCDs, those things referred to a pixel’s ability to change its color quick enough that quick-moving objects wouldn’t look ghosted.

Time for the quick recap – this is more or less the process in normal human terms: