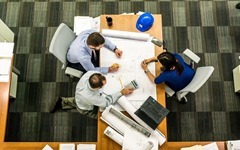 Quality assurance plays a critical role in businesses achieving their goals. When software or applications are the backbone of a business’ operation, it’s essential to implement QA services, like those found here, as early in the product lifecycle as possible.

How Does QA Affect Business Targets?

Business goals or targets rely on testing and quality assurance. Targets have to rely on the results and progress of a testing team such as the ones Emagined offers to their clients. When the team finds major bugs or issues in the current state of a product, it will impact the business’ goals and target dates.

For example, one software company lost over $400 million in a span of less than an hour because automatic stock trades were made due to a bug in the software.

QA plays an integral role in business targeting because it dictates when businesses are able to:

Products that are pushed to market too quickly, especially in the software and application world, can have devastating consequences for business. A business that offers a product that is subpar and doesn’t meet the standards of the consumer in some way puts their entire business at risk.

The company released Warcraft III: Reforged in 2020 with major sales from fans of the original game. But Blizzard’s release is one of the most botched game releases in recent memory. The company had to offer instant refunds because of the flaws in the game.

Major issues existed during the game’s release, but the primary issue was deceptive and false advertisement of features. The game failed to remaster most of the key areas of the game promised in advertisements.

And fans were mad.

Major issues that occurred in the game, many of which still exist, are:

But the biggest issue for fans, and rightfully so, is that the new version of the game made the old version unplayable. Blizzard made the mistake of assuming that players would love the new game so much that they would no longer play the original, and this was a complete backfire and has led to many gamers abandoning the company.

Honest QA testing could have led to the company releasing a game that fans loved, but in the interest of corporate profits, the game was rushed and the rest is history.

How Does QA Affect Business Reporting?

Business reporting relies on effective QA. Quality assurance teams are responsible for reporting, and oftentimes these reports are made directly to the CEO of a business. Reporting should be a regular part of the QA team’s schedule to ensure that business reporting can be done in a reliable manner.

When QA reports come in, they provide insight into a product’s current state and the potential for release.

Reporting can also be conducted on all materials from the product to a user manual. The reporting allows developers to be able to properly update, change and release new software at a time that makes sense.

Without proper quality assurance, businesses put the trust of their customers at severe risk.

There’s always an optimal time for businesses to be able to release a product – when it’s ready. One aspect of product development is that a solid timeline of a product being ready for market is hard to produce. There are a lot of variables at play in product development, and testing is just one of the key ways to ensure that all of those variables are on track and moving a project forward.

A responsible QA team provides invaluable insight into business goals and how a business will report product advancements or deployment.