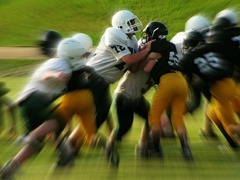 Pennsylvania, one of the few US states will be getting a new mobile application to suit its growing online gaming community. The application will allow locals to place bets on sports games which are currently in full swing, as well as other online casino games that will be available through the application.

Multiple market experts have already predicted that Pennsylvania will be a gaming hub for the United States in a short few years, should the growth it has been experiencing continue. Experts say that within half a decade casino grossing revenue in Pennsylvania can surpass those in Nevada, Florida, and New Jersey, but that much needs to be seen as of yet.

The developers of the application are Harrah’s Philadelphia in conjunction with Scientific Games, a US-based software provider company for online casinos within the country. The idea was concocted by Caesar’s Entertainment, the owner company of Harrah’s as they saw quite a lot of potential in allowing local residents to place bets without having to leave their houses, nor having to be near a working computer at all times.

Multiple studies from offshore countries have already shown us that adding a mobile application that is adapted for both iOS and Android tends to double a casino’s income within the first year, and retaining customers becomes much easier as well.

The app comes at a very opportune moment for Pennsylvanians as well, because the United States football season began some two weeks ago and is already in full swing.

Players will be able to place bets on their favorite teams from both professional as well as College leagues and hope for a fair compensation should they be successful.

The casinos, as well as the state itself, are poised to benefit as well. Numbers show that simply introducing online gaming options in the state, which first happened around July 2019, increased the grossing revenue of a particular casino by $1 million within just two weeks.

Right now, monthly revenue is poised to reach around $2.8 million per casino through online operations.

Considering that online platforms require much less maintenance and investment than an offline casino, it’s likely that the profit margin is going to be much larger as well.

All in all, Pennsylvania has found an ideal revenue tax source through the online gaming community. Should the activity become legalized throughout the state, it’s likely that Pennsylvanian casinos will have an edge due to their experience in the market.

← Buying Your First Home: What Is a Direct Lender?
5 Easy Ways to Read Excel in Minutes →