If you own or have used a mobile device in the past year, you may have noticed that the screen is sharper than you remember in your older devices. In fact, today we have some smart phones that brag about having the sharpest display ever presented in a consumer grade device. And they are right.

When shopping around for a sharp display, it is easy to be confused as to what specs to look for. Is it simply the highest resolution? While that may have sufficed a few years ago, with today’s varied devices, it’s not enough. 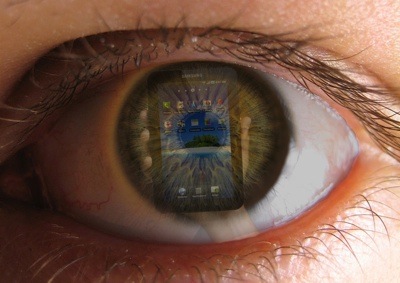 If you want to have a sharp display from a resolution standpoint, there is one number to look for – pixels per inch, also known as PPI. Simply put, the more pixels you can shove in for a given linear inch of display, the better it is going to look, assuming that other factors are equal.

PPI is a calculated number, and it takes into account the total number of pixels for the given display size. For example, if you have a 1024 x 768 display on a 10 inch panel, you have a PPI of roughly 132. If you are curious about the math, it’s a simple process to calculate. First you get the diagonal resolution (dr) in pixels, which is in itself a simple application of the Pythagorean theorem:

In the example above, we got a PPI of 132 for a 1024 x 768 resolution on a 9.7 inch display. As you may have guessed, this is not a random example but is in fact the specs for Apple’s iPad. And at 132 PPI, Apple is not touting the first generation iPad as having, as they put it, a “Retina Display”.

But they have applied the label to the new iPhone 4, and for good reason – its 3.5 inch screen weighs in at a whopping 326 PPI, one of the best on the market today (only the Sharp IS03 is its equal as of this writing).

It’s not just smartphones, since new tablets are looking crisp, too. The 7 inch Galaxy Tab runs a 1024 x 600 display, and this gives a PPI of 169, which makes it a bit sharper than the iPad. But you’ve not seen anything yet – Hitachi has recently shown off a 6.6 inch transmissive IPS panel running 1600 x 1200 pixels that boasts an impressive 302 PPI – really close to the display capabilities of the iPhone 4 on a bigger display.

In a word, this display is sharp. And where will it end up? We can’t say for sure, but the rumors about a 7 inch Apple iPad just keep coming up. And the display is in a 4:3 aspect ratio – the same as the current iPad. Of course, wherever it shows up in production, it’s going to look nice. And others will follow.

By itself, PPI is not the only determining factor in choosing the best display on your device. You should also consider the contrast ratio and overall brightness of the screen in question. To be honest, most of the screens produced today do quite well in this regard, but be mindful of these details to avoid buyer regret later.

In the end, the smart device that fits your needs may not be judged solely on its display. But if you are buying for the longer term, consider getting a device with a high PPI. And how high is good? Well, Apple threw down the gauntlet with its retina display, and others have followed suit. These devices weigh in with a PPI of greater than 300.

Based on the Hitachi display, we also have at least one new tablet that is being launched with a PPI of 300+. So, with that said, I would suggest this – do not buy a smart device with a PPI less than 300. Sure, the field is limited right now, but I expect the choices to open up by the end of this year, and 2011 will no doubt be the year that a 300+ PPI display for smart phones and tablets are common. By keeping the PPI up, you will be sure that new software designed for a high PPI will run okay on the device. And even for simple things, such as reading an eBook, you can’t beat nice, razor sharp fonts.

4 comments for “Retina Quality Vision – A look at Display PPI”