During this holiday season, many of us will be buying cool tech gifts for those on our shopping lists. While no doubt we try to make sure that we get the perfect gift, there are nonetheless times that a misunderstanding – or an absolute act of desperation – will lead us to buying a gift that is not the best choice for the intended individual. 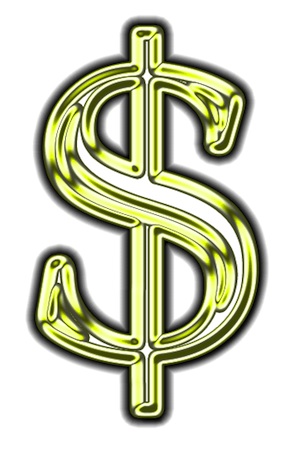 In fact, it might be that the situation is out of your control, despite the best laid plans of (wo)man and shopper alike. For instance, someone else may have bought the intended gift as well, and now one of them needs to be returned. Which brings us to the topic at hand… the return.

The Cost of the Return

The return itself is not a big deal, as long as you thoughtfully provide a gift receipt or can produce one when asked. This is a great chance for the gift to turn into something that expresses the intended effect. But unless you are one hundred percent sure that a return is out of the question, shopping at the right place may impact the return process. And when I say “impact”, I mean it hits where it hurts – the bottom line of the gift value. Can you say “Restocking Fee”?

Restocking fees on tech items can take away 15% or more of the value of the gift. On an expensive gift this could mean that a sizable chunk of the value of the gift is gone before it can even be appreciated. So, where you shop may be a wise choice when it comes to the question of the return. Which technology retailers may charge a restocking fee, and which ones are gift (return) friendly? Let’s take a look.

First, let’s look at the gift friendly retailers that do not charge a restocking fee. Of course, most stores do not charge a restocking fee if the item has never been opened, and those that do will sometimes be more lenient in the case of holiday gifts. However, given the social nature of gift giving, sometimes it can be difficult to not open the box and show your appreciation (even if it is a bit lackluster at heart).

Okay, if our above retailers were the return friendly choices, then the next group would be the not quite so friendly retailers for returns. While they do charge a restocking fee, usually it is only applied on opened products.

There are ways to avoid or at least minimize the chances for being hit with a restocking fee. Of course, the first thing to do is to shop at retailers that do not typically charge a restocking fee. If this is not possible or practical, then try to avoid opening the item until you are sure that you will not be returning it. This will not help you at some retailers, such as Target and Dell, but it can save you at others.

If you do open it, then make sure you save the box and all packing material. Retailers such as Sears and Office Depot will work with you if everything is in place. And please, do not forget a gift receipt or the original if a return is in the air.

Not everything is returnable

If you are not sure what to get, it might be good to steer clear of certain gift choices. For example, opened software is usually not returnable, so it could make a poor choice when you are not sure.

If there is no receipt for the return, usually the best you can do is an in-store credit. This is no doubt to protect the retailer, but it does underscore the importance of hanging on to that receipt. Also, if the item was ordered online, keep that packing slip as well. Some retailers, such as Barnes and Noble, require the slip for returning online goods.

With a little planning, gift buying for the hard to buy for on your list can be a simple and satisfying effort. By following a few tips, the recipient can enjoy the full value of the gift, even if a return is imminent. But even the best return policy pales in comparison to getting the right gift in the first place. As you might expect, a little research into the right gift before buying can go a long ways.