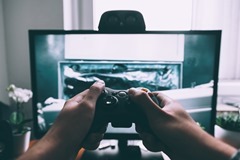 Fortnite Royale appears to be the rave of the moment and has been busy taking the gloss off of PUBG. To keep the game feeling all fun, fresh and fly, Epic Games has been kept rather busy updating its Battle Royale mode weekly.

Lots have been added since its release, with the game being played now having little resemblance to the initial version. Epic Games does not appear to have done with tinkering with its primary money-making machine and players this season 6 can proudly look forward to more additions and customization that will get them drooling one minute and yelling with glee the next!

Last September, the Fortnite Battle Royale lacked much in the way of mobility items. Since there were no shopping carts, lunch pods or rifts then in existence, players made use of jump pads, with these giving an itty bitty speed boost. Then it was more difficult to escape from the storm, but the story is very much different now, with a long list of mobility items being available.

Now, Epic Games has just announced that one more mobility item will show up in the game quite soon. Cue fireworks and furious handclaps! 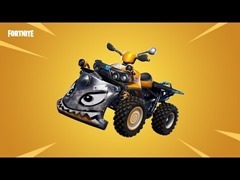 Quadcrusher Shows Up In Fortnite!

According to Epic Games, the Quadcrusher is the name of the new vehicle that will soon make its debut in the hugely popular Fortnite Battle Royale. This was revealed through the news section found in the game and is a little odd given that it was a Thursday. Usually, game patches on Fortnite are released on either Tuesday or Wednesday, with new items being announced one or two days before.

This announcement was however made a little earlier than normal, which might indicate that there will be a new patch possibly before this weekends. However, all bets of that happening are off if the announcement happened by accident, which is not out of the bounds of reality.

The Quadcrusher appears able to destroy structures and might actually fly for longer periods than other vehicles like the All Terrain Kart and the shopping kart. Its in-game description grandiloquently reads- “Charge the boost to crash through structures or get some air!”.

The first vehicular contraption to show up in the Fortnite Battle Royale was not a tank, hovercraft, or APC, but a humble shopping cart. It could seat a couple of players and enabled quicker movement around the iconic island. While the driver directs the vehicle, the passenger can harvest materials, fire weapons, emote, build and lots more.

In season 5 came the All Terrain Kart, ATK. In comparison to the shopping cart, it could seat four people and was a motor vehicle that could move much faster. As well, its top could be used in lieu of a bounce pad. With the ATK, players are enabled to move around faster and more conveniently, and the vehicle additionally had a speed boost that frequently proved useful whenever hordes of enemies decided they wanted your scalp hanging from their belt!

As well, you can try the new casino games that have recently been updated in the online stream.