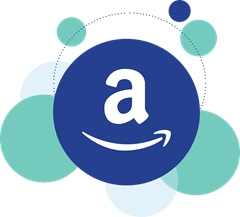 Amazon is king when it comes to competitive pricing today – and this has been a very effective strategy for the e-commerce giant. If you have made purchases from the platform in the past, you may have asked, how do they do it? How do they sell at discounted rates and still keep their heads high in the market? It doesn’t matter what you are looking for, Amazon has it. Just a few clicks and you have exactly what you want at a pocket-friendly rate. But how did Amazon do this?

How did Amazon build a laudable competitive pricing strategy that has outdone competition?

In fact, what started as a rudimentary online bookstore, is now a full blown all-time e-commerce marketplace. How did amazon get there? In just about two decades, the online marketplace has grown exponentially, metamorphosing into an unbeatable giant in the world of online retailing. Irrespective of competition growing fiercer over time, it developed a strategy to stand out against competitors.

Amazon repricer is that needle in a hay stack strategy that crushes competition. No doubt, a number of competitors including offline shops have tried to keep up with amazon but with every try, amazon takes a couple more steps forward – amazon has continued to prevail.

Here’s how amazon did it – just like in the traditional market where you factor in cost to assume a selling price, in the online world, to generate as much sales as possible you need to look up the cost, the price at which your competitors are selling, as well as the demand for the item so as to structure a competitive price. That doesn’t imply a race to the bottom pricing though.

Amazon’s strategy is simple, fluctuating prices at a rate that competitors cannot battle. The frequency at which these price adjustments are made reckons thousands of products in as little as 24hrs. How could competition contend with this? Nonetheless, while working on competitive pricing, amazon also makes sure to price against their biggest competitors.

Often times these changes in prices go unnoticed, but it consistently keeps Amazon ahead of the pack. As much as the site is well focused on keeping its prices considerably low, different pricing strategies are applied across categories. Now, while some products may be expensive in one category, they tend to be more competitive in another given that they have the proper elasticity.

Remember how we earlier mentioned that amazon is focused on keeping prices low? It’s just their strategy for success.

This pricing strategy works because the bar has been set so high that it just gives amazon a natural advantage in selling products. When buyers think of that one-stop shop to get all they need at discounted rates, they turn to amazon.

← Tech for Business: A Look at Some Interesting Gadgets
How to Learn Poker Hands →