Seth MacFarlane has recently been cited as one of the most important showrunners on the planet, one who could possibly command massive fees in the evolving world of television, streaming services and movies. He’s something of a polymath, of course, delivering some of the most beloved animated comedy as a writer and voice actor, filmmaker and singer. The latter incarnation, as a kind of throwback crooner, isn’t quite as bad as critics contend. 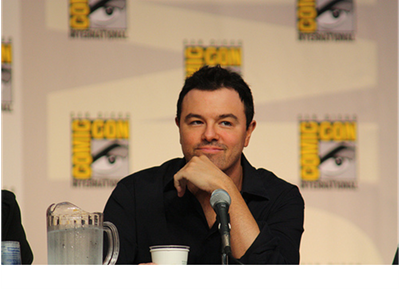 However, it’s as a comic writer and voice actor that MacFarlane truly stands out from the crowd. Family Guy, at its very best, occupied a middle-ground between the gentle wit of The Simpsons and the no holds barred lampooning of South Park. Three of his very best creations of been turned into online slot games, and they are very, very popular, not just with fans of the shows, but with serious casino players too. Here’s a look at the best Seth MacFarlane slots:

Sometimes maligned as the poorer cousin of Family Guy, American Dad trumps it in the slot world. For a start, it’s endlessly inventive, with several different special features and bonus games. It seems to have been a collaborative effort between Playtech and the American Dad team, with unique clips and games featuring the characters created specifically for the slot. If you want to check it out for yourself, you can find the best American dad slot game at Mansioncasino Canada. While the slot is fun, it also offers some of the biggest payouts around, especially in the Stacking Stans and Wheels and The Leg Man Features.

The first thing you should know about Ted is that it’s a 3D interactive slot. The eponymous hero of the game directs the action, randomly jumping up to award special bonus features. It’s an irony that most casino games, despite being aimed at adults, are usually quite clean-cut in their content. Ted breaks all those rules, with lots of reference to sex, drugs and everything else that made the movie such a risqué masterpiece. The highlight of the game is definitely the Thunder Buddies Bonus, which can lead to Ted’s Big Money Bonus. If we were to pick a hole in the game, it’s very reliant on those special features for the big payouts, with the base game having (relatively) small payouts in the average spin. Still, it’s a smash hit with players. 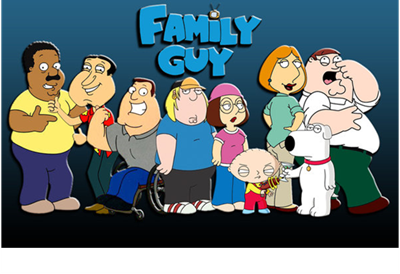 The award-winning television show that put MacFarlane on the map, it’s hard to believe that Family Guy will be celebrating its 20th birthday this May. The Family Guy slot, which was released in 2012, still holds up very well today. The main focus of the game is the idea of reel-modifiers, which also are the best selling points of Ted and American Dad slots. At any point in the game, one of the main characters from the show – Peter, Lois, Meg, Chris or Stewie – can appear on screen to offer a special enhancement. As it’s Family Guy, this is all done in poor taste. For example, Peter can appear on screen and ‘fart’ out a cash prize. The main feature is the World Bonus, a reference to Stewie’s ambition of global dominance. You’ll spin the globe and be awarded a feature based on a part of the show, such as a drinking game in the Drunken Clam. Overall, the slot is a winner, but it doesn’t quite have the big-money excitement of American Dad slot.