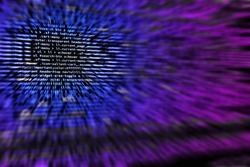 Video games come in many forms. There are games that can help us to switch off, and there are games that help to kick our brain into gear with puzzles and strategic challenges that would give even Ph.D. professors a hard time. The following games belong to the latter category. If you are looking for a game to test your intelligence to its limits, look no further!

First up, there’s Hacknet, a terminal-based simulator that takes you on a journey into the world of computer hacking. You use real hacking methods and old-school computer prompts in order to advance into continually more elaborate security systems and solve the mystery of the death of a fellow hacker. You will see clearly into the world of corporate greed and personal security, and deal with dense coding that will eventually make you an expert. If you like hacking or you are interested in learning to code, then Hacknet is the game for you.

There are a lot of simulator games that could make this list, from managing theme parks and cities to flying fighter jets, but next up is a unique and sinister game called Plague Inc. Your task is basically to wipe out the entire human population. This strategy game allows you to create a deadly pathogen, which you will use to infect patient X. As the virus spreads, humans battle to wipe it out before it gets them first, and your job is to adapt and evolve the pathogen to stay one step ahead of the game. If the “normal” difficulty mode is too easy for your massively apocalyptic brain, try it out on “mega brutal” mode for a true challenge.

SpaceChem is a game that also touches on chemical engineering, but this time you must use raw materials to make valuable chemical products. The puzzle game takes place at the molecular level, meaning the smallest of mistakes can have the largest of impacts when scaled up. You have “waldos” for grabbing, rotating and dropping molecules, and “bonders” for bonding them together or breaking them apart. Good luck with that!

Moving onto an entirely different game now but one that is rooted in intense strategy and emotional composure is the age-old card game poker, which is now available online with sites like PokerStars offering massive tournaments with significant prize pools. Poker is a game of incomplete information, which means that you have to use your strongest mental ability to understand the data you already have, as well as the potential possibilities based on betting patterns and tells. You need mathematics and statistical knowledge, a solid understanding of the game and its rules as well as a psychological and emotional edge that allows you to stay ahead of other players. And to add to the pressure, the prizes are real!

Victoria II makes the list now for the sheer complexity of the strategy involved. There are a lot of video games out there that encourage you to take over the world. Take Medieval: Total War or Rome, for example. Released by Paradox Interactive in August 2010, Victoria II is perhaps the most all-encompassing of these games. You are tasked with governing your economies and population, choosing policies and driving military campaigns. Set in the 19th century, you must expand and industrialize to become a leading nation on the world stage. The level of analytical data in this game is massive, and your every action ripples out across the world.

Although we could end with any number of high-quality and intellectually stimulating video games, the final mention goes out to The Talos Principle. If you haven’t heard of this one, it plays similarly to Portal with increasingly elaborate puzzles set in a beautifully immersive world and is carried by a narrative which has its own philosophical and metaphysical weight. If you like puzzles and thinking about life, then this is the game for you!

← Could The Smartphone of the Future Look like These?
The Future of Trading: AvaTradeGO App Review →