When the world turned against Wikileaks, the hacking community turned against the world. However, the hackers did not simply strike back at the offending parties. Instead, they went after a financial base by attacking Mastercard and Paypal. And in doing so, the resulting action will not be seen as a warning to others about trying to suppress the open flow of knowledge, but instead, their action will be a threat against the very thing they hold dear – net neutrality. How could this be the case? Let’s take a look at the facts. 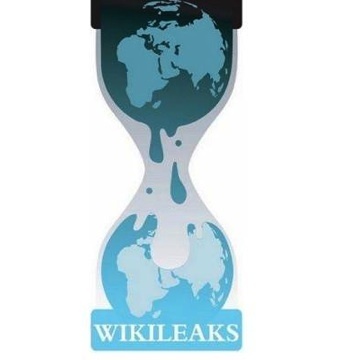 The hacker retaliation was not needed

The leaks themselves proved what the power of the free flow of information can do when it comes to military secrets. That is, the information was exposed, and it did the initial damage as planned. It sent the governments scattering to cover their bases, and the power of knowledge was in the hands of the people.

At that point all was good. Given the nature of the Internet, there was little that could be done to permanently squash the release of that information. If they shut down a server in one country, it can pop up in another.  If they discredited the data with false information, then they could release a new leak of unknown damage. The power is in the holder of the information, and this is really the ultimate position to be in.

The Wikileak threat was NOT specific to the Internet

The information that comprised the Wikileak material did not have to exist on the web to be real. It could have been sitting in a physical filing cabinet, written to a disc, published in a newspaper, or even read over a radio station and still have been damaging. The important part here is that the data itself was the crucial piece of information. The Internet was just the medium it happened to be distributed in, and it could readily make the leap to other mediums.

The hacker response IS specific to the Internet

Enter the hackers. Already at a disadvantage, the governmental powers had been pushing against WikiLeaks, only to discover the nature of the Hydra – chop off one head, and another appears in a new place. But the hackers decided that a lesson was needed, and so they mounted an attack in a place that would hurt – they went after the money. In this case it was first Mastercard and PayPal that played the target, with Visa being in line to incur the hacker wrath next.

The hacker attack is different from the Wikileaks threat in that it is born of the web itself. There is no way that the hacking could exist in said filing cabinet. No newspaper could publish the hack and have it as effective, and it is doubtful that a radio station could do anything against the other websites. In this big mess of leaked damaging information, counteractions, and counter-counteractions, the hackers drove home a singular point – the threat IS the open Internet.

Don’t mess with the financial system

In today’s world, when you go after the financial base, you are going after the real seat of power. Of course, this is why the parties involved were trying to stop Wikileaks by disrupting their money flow. By cutting off the money flow, it was thought that the leak would dry up, unable to sustain servers and bandwidth.

No doubt it occurred to the hackers to respond back in a similar fashion. But by doing so, it proved the threats to the financial base. Even though no long term harm was done, the message is clear – the hackers can disrupt the money.

With a threat to the all important financial base coming in from the open Internet, how else would the governments involved be able to respond? Would anyone expect them to sit back and do nothing? No, not when it threatens to topple the seat of power (the financials). So, it is easy to define the threat at this point – the open Internet, not the hackers contained within. Why? It is more expedient, more efficient, to do so.

Worse time for the blow to Net Neutrality

As it happens, the case for Net Neutrality has been taking some serious dings lately. Mobile data providers are seeing record data bandwidth needs, to the point that they want a good excuse to privately prioritize traffic. Now, it could be argued, it is in the best interest of the financial centers to do so.

And with the US FCC Proposal being argued by more than 80 groups that it gives too much free reign to wireless providers, it could play directly into those imagined needs. It really could be a diamond in the rough for the suffering mobile broadband companies across the world, since it gives the perfect reasoning for packet inspection and prioritization.

At this point I am not sure how the events will play out in the long run. Net Neutrality is in a fight for its life, and being seen as a threat is not going to help anything. Wikileak’s existence is not a threat to this by its nature. But when the open Internet is used to attack financial centers, it does not bode well for Net Neutrality’s future.

14 comments for “Is The Wikileaks Hacker Backlash A Threat To Net Neutrality?”