This is nice to see, HTC has been having issues lately if you believe everything you read, but with support from companies like Netgear things can only get better I would think. Netgear has just announced the PVT3000 which is a wireless TV adapter with Miracast that can duplicate your phone on the screen, specifically it uses HTC Connect. I guess it’s sort of like the HTC Medialink that does something similar. It’s available now for an MSRP of $59.99. 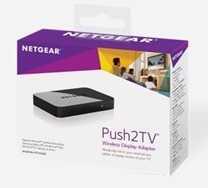 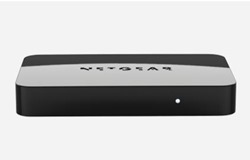 NETGEAR®, Inc. (www.netgear.com), a global networking company that delivers innovative products to consumers, businesses and service providers, has joined HTC Connect®, a partner compatibility program created by HTC Corporation (TWSE: 2498), a global leader in mobile innovation and design. HTC Connect is designed to deliver a seamless A/V experience between HTC devices such as the HTC One® series smartphones and consumer electronics devices such as the Miracast®-certified NETGEAR Push2TV® Wireless Display Adapter (PTV3000). Capable of mirroring on a big screen TV everything that is displayed on a smartphone, tablet or laptop, Push2TV will become the first Miracast device also to be included in the HTC Connect program.

NETGEAR and HTC are each showcasing the Push2TV mirroring technology with an HTC smartphone, including the HTC One® with HTC Sense™ 5.5, during the Mobile World Congress trade show occurring February 24-27 in the Fira Gran Via in Barcelona (www.mobileworldcongress.com). NETGEAR mobile solutions are in Hall 7, Stand 7N61, while HTC can be found in Hall 7, Stand 7A40.

Push2TV is optimized to work with compatible HTC smartphones to bring a new level of convenience for screen mirroring, leveraging the intuitive HTC Sense user interface for a smoother user experience. With a simple and intuitive three-fingered swipe on a compatible HTC device, users can wirelessly display their HTC mobile device screen on their TV screen, while keeping their phone free to do what it does best – make and receive calls.

With the Push2TV adapter, NETGEAR plans to be the first company to bring a Miracast device to market that is part of the HTC Connect program. Miracast solves the now-common problem of having multimedia content trapped on a single device with a small screen, limiting your ability to view your entertainment the way you want. The Miracast-certified Push2TV adapter uses a Wi-Fi Direct® connection to deliver video and audio content from one WiFi-enabled device (e.g., smartphone, tablet or ultrabook) to another without cables or a connection to an existing WiFi network. By wirelessly mirroring the same content that is displayed on your mobile device to your TV, you can seamlessly enjoy streaming movies, music, photos, websites, and even games in full HD video and surround sound audio on your big screen TV.

About the same length and width of a credit card, the Push2TV adapter can be conveniently placed in most home theater setups. It is an ideal entertainment accessory for any wireless display-enabled ultrabook, tablet or smartphone – even on the go. The energy efficient design of Push 2TV means that it can be conveniently powered using a USB port on your TV, eliminating the need to run a separate power cable or use another electrical outlet.

NETGEAR Push2TV Wireless Display Adapter (PTV3000) is available worldwide from major retailers in stores and online, at an MSRP in the U.S. of $59.99. NETGEAR plans to certify the Push2TV adapter for HTC Connect in the first half of 2014.